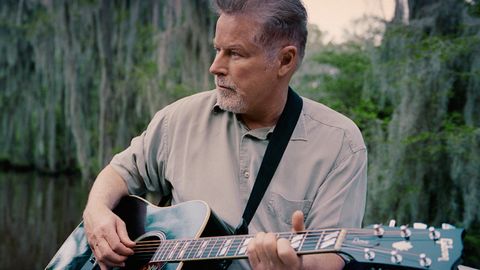 Five albums in 30-plus years is a pretty slim return by anyone’s standards. Don Henley’s last solo release was 2000’s Inside Job, issued after a protracted and ugly dispute with his old paymasters at Geffen. With the dust still settling on the latest Eagles tour, however, he’s elected to unveil a belated follow-up.

That Henley has elected to make a country album isn’t quite as random as it might appear. Cass County is named after the north-eastern chunk of Texas where he was raised. As a southerner weaned on Hank Williams and George Jones, he says, “This is a natural progression for me.”

The stark monochrome sleeve of Cass County shows Henley getting out of a truck, looking grizzled and ornery, like he might’ve just got back from a weekend bender with Billy Joe Shaver, so he really must mean business.

However, what’s most striking is the singular quality of Henley’s voice. He’s ideally suited to this stuff, crying hurt and bringing genuine emotional heft to slow-ticking beauties like The Cost Of Living (with Haggard) and That Old Flame, a simmering not-quite-rocker in which he and McBride pick through the embers of a ruined dalliance.

The cover of Tift Merritt’s Bramble Rose is affecting too, a stately country shuffle that finds Henley trading verses with Lambert over pedal steel and mandolin, while Jagger blows harmonica and sings like a cat pleading to be let in from the rain.

At other times, the album is less successful, particularly when it falls back on weepy honky-tonk tropes. Both *Waiting Tables *and A Younger Man, for instance, are piled so high with slushy Nashville sentiments that you wonder if it’s all supposed to be parody.

These moments are in sharp contrast to the loping version of the Louvin Brothers’ When I Stop Dreaming, with Dolly on killer form, and the autobiographical Train In The Distance. Over a rhythm of folk-blues guitar, Henley recalls lying in bed as a kid, listening to the distant clatter of a train and dreaming of a different life.

It’s a life that ended up taking him to unimaginable places, though Cass County suggests that down-home comforts are sometimes all you need.