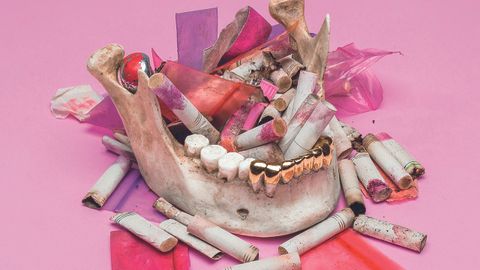 This fifth album from testicular pun merchants Deez Nuts opens with the uncharacteristically atmospheric Binge. A short instrumental number, it’s built around an escalating drum pattern and textured guitars. What follows is an album of understated acoustic ballads… just kidding. This is Deez Nuts, after all. Binge is 50 seconds of light relief before half an hour of battering-ram hardcore. Binge & Purgatory isn’t going to surprise anyone. Immense grooves, riffs to shatter brick walls and aggro gang vocals are all topped off with the kind of surprisingly catchy grasp of melody that’s become their stock in trade. Two songs in and you’ll either be banging your head so hard it’ll become detached, or so fired up you’ll want throw a spin-kick hard enough to detach someone else’s. Evolution’s all well and good but sometimes you want a band stick to what they do best, and Deez Nuts do it better than most.