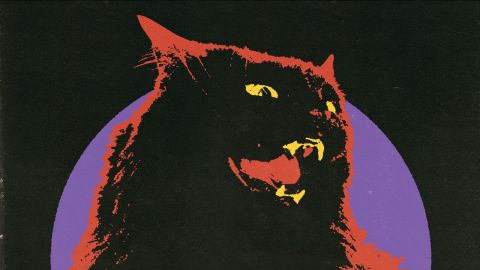 Just like Lynyrd Skynyrd, who didn’t stray from southern rock and AC/DC, who were never going to drop a death metal album, we’ve come to expect the expected from Canadian trio Danko Jones.

Danko specialises in macho rock’n’roll about screwing women and partying all night, but it’s done with a self-aware side-eye, while also retaining the frenetic, adrenalin-fuelled ethos of his punk rock roots. Wild Cat is business as usual right from the opening predictable party anthem I Gotta Rock.

The album is crammed with groovy, sleazy riffs and hooky choruses, all delivered with a surge of raw energy from Danko himself, whose enthusiasm for his craft clearly hasn’t dipped after eight albums. Highlights include the swaggering, hip-shaking slice of bluesy hard rock My Little RnR, while Diamond Lady shows off Danko’s melodic vocal chops. The somewhat sweet – certainly by Danko standards – You Are My Woman will maybe make you wonder whether he’s traded in lust for love, but fear not, because songs like She Likes It and Success In Bed soon follow.

Danko has supported bands including Guns N’ Roses, Motörhead and even Nickelback on tour, so it’s always been a bit of a head scratch as to why he’s remained more cult than commercial. Wild Cat does get samey with 11 songs, but it’s a whole lotta fun and fans will lap it up.

The 10 best podcasts according to Danko Jones