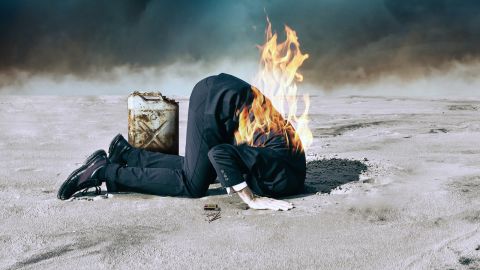 With the old guard dropping off their perches at an alarming rate, the blues scene is searching, with the tenacity of a bloodhound, for the great young hopes to carry the torch. And while he’s geographically isolated from the majority of his peers, South Africa’s Dan Patlansky is one of those moving the music into the 21st century.

Suitably gruff of voice and handy with a screaming solo, Patlansky is equally capable when rocking out (as on blistering opener Run) or taking things down an acoustic, spit-and-sawdust blues avenue (the loping, rambunctious Poor Old John).

Loosen Up The Grip couldn’t be a more blatant stab at Bond theme glory if it came in a dinner jacket, sipping a cocktail and shooting random baddies, while Stop The Messin’ is rammed with licks custom made for a bout of good old fashioned showing off when he plays it live.

It’s a combination that pays tribute to the musicians that paved the way to today’s blues scene while letting his own personality shine through.