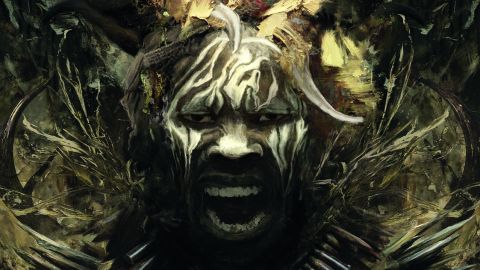 After a slight barren period at the start of the decade, it seems that the metal world has woken up again to the treasures of the Cavalera brothers. This may be partly due to their decision to tour performing 1996’s Roots album in its entirety over the last year or so, but the fact that both Cavalera Conspiracy’s 2014 effort, Pandemonium, and 2015’s Archangel, released by Soulfly, were massive returns to form helped raise their stock once again. Max in particular seems utterly energised by the state of underground extreme metal, once again making it the primary influence for his music. Frankly it’s what most old-school Cavalera fans wanted; hearing Max’s gruff bark and Earth’s crust-thick guitar tone alongside his brother Iggor’s pure power-pounding still remains one of life’s greatest pleasures. And even though there’s plenty on Psychosis that happily harks back to the Cavaleras’ glory days, there is no way you’ll fail to break out into a massive, shit-eating grin as you bang your head to the thrashing, propaganda-baiting Terror Tactics, or Crom’s brooding, Sabbath-style menace that quickly heads into wildly squealing Slayer territory, with guitarist Marc Rizzo once again providing perfect dizzying leads to complement Max’s mallet-to-the-skull riffs. But it’s evident that this is a band still prepared to fuck with their formula. Hellfire adds some of the industrial throbs that Max used in Nailbomb back in the day, Judas Pariah adds hip hop-flavoured looped beats and the title track’s electronic atmospherics stops Psychosis from being just another exercise in pure thrash.

With the kind of back catalogue Max and Iggor have amassed over their career it will be almost impossible for them to create their definitive work in 2017, but the fact that Psychosis can at least hold its own in such esteemed company is testament to why we are right to hold the brothers Cavalera in the high regard we do.