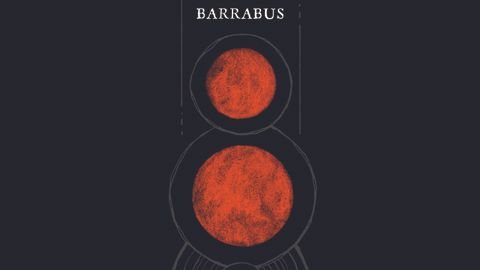 The brainchild of the ever creative UK underground legend Paul Catten, Barrabus were officially resurrected last year. A genre-bucking beast, the besuited band’s self-titled debut is a criminally good offering packed with speaker-shaking, giant-slaying riffs and unhinged howls. The one-two punch of the fast, furious and utterly manic Merrick and the muscular slice of lunacy that is Master Of Disguise is an instant knock-out. The 10- track opus isn’t all about buzzsaw guitars and batshit crazy vocals, though. Driven by a deliciously scuzzy riff, Kleptomania shows Barrabus have plenty of tricks up their sleeves and features a wacky, wonky Southern rock flavoured solo that could’ve been purloined from Ted Nugent’s back catalogue. Meanwhile, the mid-paced The End adds some Middle Eastern-inspired guitars to the mix, perhaps in tribute to the Doors song of the same name. A thrilling new chapter in Catten’s continuing musical tale, the record is a sludge, punk and noise rock-informed riot.