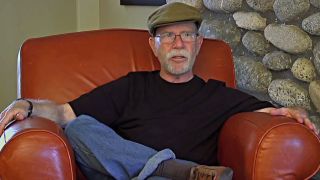 Percussionist Steve Forman has won his right to stay in the UK after a Home Office bid to remove him was thrown out by a court.

Forman – who has worked with Pink Floyd and David Bowie in the course of his career – faced deportation after the Home Office told an immigration court last year that he doesn’t earn enough to remain in the country.

His case was carried over until after the festive season and a judge has now rejected the deportation bid, saying Forman had an “exceptionally strong and compelling” case for being allowed to remain.

The 68-year-old American is employed as a lecturer at the Royal Conservatoire of Scotland in Glasgow. His salary for the job falls short of the government’s £31,000 requirement for foreign nationals – but once royalties for his musical work is factored in, he makes twice that figure.

An online petition supporting his position gathered thousands of signatures, while more than 60 letters of support were written ahead of his appearance at the immigration hearing.

Forman says: “The Home Office can still appeal the decision, they still have two weeks to appeal. I’m giddy and excited. I guess unless I get a call in the next two weeks I can get a visa and we can have one hell of a party. It’s pretty cool.

“I’m looking forward to seeing all of my students. This is something we should all feel empowered by. Glasgow won this round. We all stood up for something that was not just about me personally, but a greater ideal.”

A spokeswoman for the Royal Conservatoire of Scotland adds: “We are looking forward to seeing Steve continuing his great work with students. We’re delighted for him, and that we will continue to see him around our corridors.”