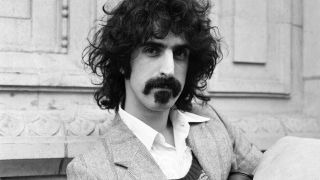 The Zappa Trust has revealed that two Frank Zappa books will be published later this year.

The first is titled Zappa Gear: The Unique Guitars, Amplifiers, Effects Units, Keyboards And Studio Equipment by Mick Ekers, which will also feature a foreword by Dweezil Zappa.

It’ll offer the reader “an unprecedented inside look at the machinery behind the legendary music. In addition to a detailed presentation of the equipment, Zappa Gear also introduces some of the pioneering inventors, engineers, and entrepreneurs without whom the instruments would not exist.”

Zappa Gear will also include illustrations and more than 180 pictures of Zappa’s guitars and equipment.

It’ll be released on November 15 through the Hal Leonard Corporation.

Then, on December 15, The Hot Rats Book by Bill Gubbins and Ahmet Zappa will launch through Backbeat Books to mark the 50th anniversary of Zappa’s Hot Rats album.

The commemorative book will feature previously unpublished photographs by Gubbins, who was the only photographer to document the record's studio sessions.

The book will also include an interview between Ahmet and Gubbins about the album and the last Mothers Of Invention US show, which took place on August 10, 1969, at Cleveland’s Musicarnival.

Ahmet says: “These books provide another way for fans to connect with Frank Zappa. They give a fascinating window into Frank's mind and the ideas he came up with throughout his career.”

Both books are now available to pre-order. Find further details below.

The Hot Rats Book
The commemorative book will feature previously unpublished photographs by Bill Gubbins – the only photographer to document the Hot Rats studio sessions.View Deal