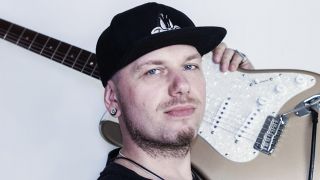 “The album is full of eerily beautiful vocal performances, guitar heroics, synth wizardry, jazz chords and prog electronica beats, but above all there are songs that take you places,” Tsonev told Prog.

You can find out more at the band’s Pledge page here. Tsonev is aiming for a September 2017 release date for the album.