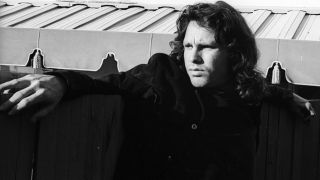 Marianne Faithfull has reignited the controversy over Doors frontman Jim Morrison's death in 1971 – insisted he was murdered by her drug-dealer boyfriend.

Morrison passed away of a suspected drug overdose in Paris at the age of 27, but French law required no autopsy since foul play wasn’t suspected by the authorities. That’s led to years of speculation, with accusations falling on his girlfriend Pamela Courson, among others.

But Faithfull, who rose to fame for her relationship with Mick Jagger, blames “heroin dealer to the stars” Jean de Breiteuil. She refused to accompany him to Morrison’s flat on the night he died, saying she could “intuitively feel trouble.”

Faithfull tells Mojo: “I thought, ‘I’ll take a few Tuinal and I won’t be there. Jean went to see Jim – and killed him. I mean, I’m sure it was an accident. The smack was too strong and he died.”

She reflects: “Poor bastard. Anyway, everybody connected to the death of the poor guy is dead now, except me.”

Her latest album Give My Love To London is released on September 29, featuring guest spots from Brian Eno, Nick Cave, Roger Waters – who wrote Sparrows Will Sing, below – Steve Earle and many others. She’ll play London’s Royal Festival Hall on November 29.