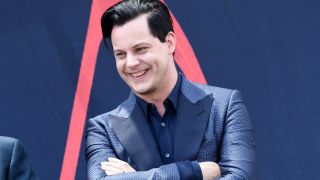 The July 30 event is being organised to celebrate the label’s seventh anniversary. And to do it, they’ve teamed up with engineer Kevin Carrico to design The Icarus Craft – a “space proof” turntable that’ll be attached to a high-altitude balloon to send it into orbit.

The device will contain a gold-plated 12-inch master of astrophysicist Carl Sagan’s Cosmos speech titled A Glorious Dawn which the label reissued as a 7-inch single in 2009 – they year Third Man Records was formed.

Non-profit organisation SATINS – Students And Teachers In Near Space – will also assist the project.

The label are planning launch events at their Detroit and Nashville headquarters, where live bands and DJs will perform. Tickets will go sale later this week via Third Man’s official site.