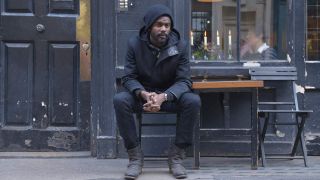 Gary Clark Jr. has returned with a powerful new single and video, criticising Trump's America and the racist south. This Land is taken from the album of the same name, released on March 1st.

The song's chorus pulls no punches with the chorus sung initially sung in the voice of a racist - 'Nigga run, nigga run/Go back where you come from/We don't want your kind...' - before Clark's answers back: 'Fuck you, I'm America's son/This is where I come from/This land is mine'.

Directed by the award-winning filmmaker Savanah Leaf, the song's video is full of the imagery of the American South's racist past: Confederate flags, nooses, and cotton fields - all of which end up on a bonfire as Clark solos.

(Don't miss the end of the video for a teaser of another Clark song - a slice of rootsy foot stomping acoustic blues.)

The album This Land is now available to pre-order from https://wbr.ec/thisland. All pre-orders will receive an immediate download of the title track.