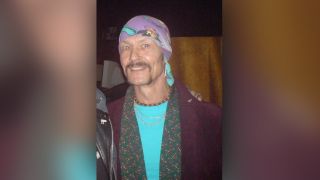 Atkins and Chataway, along with bassist Bruno Stapenhill and drummer John Partridge, formed Judas Priest in 1969, but the line-up lasted only for seven months. When Atkins fronted a new version of Priest in late 1970 none of his previous bandmates were there.

Chataway went on to play with bands including Earth and Bullion. He was a member of Ricky Cool and the Icebergs, but was dropped in favour of Robbie Blunt when Robert Plant joined and changed their name to the Honey Drippers. He’d been fighting cancer for some time, but was reported to be performing in and around his Worcester home until recently.

Atkins says via his Facebook page: “Just heard the very sad news that Ernie passed away last night. He was a lovely bloke and a great guitarist and will be sadly missed.

“I remember the first time we met at the auditions for a new guitarist for Judas Priest in 1969 – his looks reminded me of Marc Bolan. When he plugged in his guitar he totally blew us away, and made KK Downing look a complete amateur (who we’d auditioned earlier).

“I’m completely in shock and will sadly miss you, my old buddy.”

Downing took over from Chataway in the second Priest line-up and remained in the band until 2011. Atkins was replaced by Rob Halford in 1973, and continues performing today with his band Holy Rage.

Last month drummer Chris ‘Congo’ Campbell, who played with Priest in 1973 and 1974, was injured in a car crash. It was reported he had make a complete recovery.