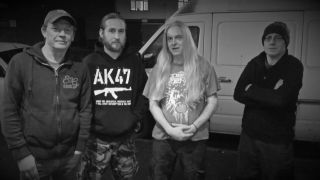 Members of Bolt Thrower and Benediction have formed a new outfit called Memoriam.

They decided to form the band in the wake of the death of Bolt Thrower drummer Martin ‘Kiddie’ Kearns who passed away in his sleep in September last year. Bolt Thrower suspended all activities, giving Willets the opportunity to develop a new project.

A statement reads: “Memoriam are an old school death metal band and maintain the standards set by previous bands that the members have played with, focusing on the themes of death, loss and war.

“Initially Memoriam got together to play covers of songs that had influenced them throughout their careers within the death metal scene, however it soon became apparent that the new songs that they created were of a superior standard.”

They report they have a full album’s worth of material and will enter the studio in the coming months to lay down the tracks. They’ll also announce live dates in due course.