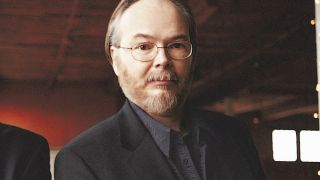 In July this year, we reported that equipment used by late Steely Dan guitarist and bassist Walter Becker would be sold by Julien’s Auctions.

The sale took place over the course of last weekend, with Billboard reporting that 600 guitars and 400 amps went under the hammer, along with a selection of other items – raising $3.3 million in the process.

Announcing the sale earlier this year, Julien’s Auctions CEO and president Darren Julien said he was “thrilled" to offer the collection of instruments and gear – and he has reacted to the sale now that the dust has settled.

Julien tells Billboard: “It's phenomenal. Who else had this many guitars and this many amps? Who else had a collection like this? It's unbelievable. And he didn't just buy them because they looked great. He literally played all of them and that's what made this collection unique.”

Some of the highlights from the auction included a 1957 Fender Duo-Sonic electric guitar which sold for $57,600, a pedal board which fetched $32,000, and Becker's ‘green sparkly Strat-style’ guitar which was sold to a bidder over the phone for $68,750.

Becker bought the latter from New York guitar maker Chihoe Hahn in 2011 for $3400.

Becker died in September 2017 at the age of 67 following a battle with esophageal cancer.