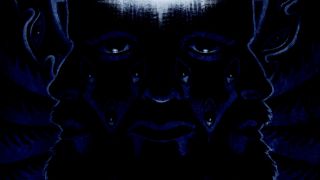 “When I went to school in Gothenburg, I always went down to this record store called Dolores Records. One day the guy behind the counter showed me Tool’s first EP and said, ‘These guys are going to be very, very big.’ Tool really broadened my horizons because they had something unique both within the lyrics and, obviously, with Maynard James Keenan’s vocals. He doesn’t sound like anyone; it’s not just his voice but the way he phrases the lyrics. It’s not like you have to understand every single thing he says; it’s good to just feel it. I’ve always been very drawn to that.”

Tool songs break all the rules

“I love how Tool take their songs in so many different directions. What we do is verse, chorus, verse, and with In Flames, we want to get to the point pretty quickly, ha ha ha! But Tool don’t seem like they’re in a hurry at all, if you know what I mean. A Tool song can go on forever. It’s like a long painting that slowly takes on different shapes and colours as it progresses. And they have this almost garage-type feel to their music. It feels like it could have been recorded live. It’s very honest and raw and I like that a lot.”

They don’t give a fuck

“They do whatever they feel like, and while they have evolved over the years, they still have that significant sound where as soon as you hear it, you’re like, ‘Ah! That’s Tool!’ I feel a connection to that. It’s like they don’t care – they do things on their terms. Especially Maynard: there’s alot of humour in the lyrics but he’s still very serious about his art. He doesn’t take everything too seriously, but he takes his art very seriously.”

They’re a different kind of heavy

“Tool make music that sounds heavy without relying on volume. A song like Sober, which is really open and slow, still has this incredible heaviness to it. Some people might not consider it a heavy song, He knows all about game-changing metal bands, so In Flames’ leader loves Maynard and co. but to me it absolutely is. Their music isn’t always loud, but their sound gets incredibly heavy without having to crank everything up to 11.”

They’re a mystery wrapped inside an enigma

“I love that Maynard’s so private about his lyrics because I don’t really want to talk about my own either. Journalists often ask me about them so I politely answer them, but sometimes you just want to be that person who can just say, ‘Nope.’ For Maynard, that’s the way it is. With Tool, you accept that that’s the case and that’s fine. Even if I don’t understand everything, it still speaks to me and I still experience the emotions. He lets me paint my own picture and sonically, it’s just phenomenal how he uses his voice. It’s very unique and very, very soulful.”

They will always find new fans

“Tool’s upcoming album will be a lot of metal fans’ entrance into the band and they’ll work back into the catalogue from there. They’ll find so many good albums that it will= be an amazing experience. You need different kinds of music, just like you need different kinds of food in your diet – it gets boring eating the same thing. I know that people think differently. Some people just want grindcore – I guess that’s cool, too, just like some people only eat McDonald’s. But if you’re a bit open-minded, head in that direction. I promise that you will be rewarded.”

In Flames’ new album, I The Mask, is out March 1. Tool’s long-awaited new album is allegedly out in April