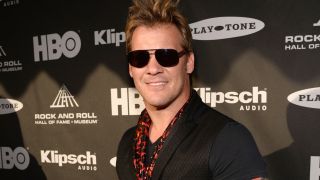 Yes, Nelson. Your initial reaction to laugh is probably based on what they looked like 25 years ago, but Nelson’s first album ‘After The Rain’ is still one of my all-time favourite records. But back then, they looked pretty fucking cool. I tried to look like that in 1990, but my hair wouldn’t grow that long.

I grew up in Canada and I first heard them on the radio. (Can’t Live Without Your) Love And Affection was becoming a hit right around the time I left home in Winnipeg to move to Calgary – I left to train for wrestling – so it was a magical time in my life, and a little scary too. I’d always hear that song and feel good. I’d hear it all the time, so when I saw Nelson on a video or in a magazine, I thought they looked so cool: the long hair, the clothes, those wild patterned dress shirts, painted jeans, all those bracelets. I didn’t have enough money for a waistcoat, though. I didn’t have enough money.

The melodies, harmonies and hooks make After The Rain a perfect album. Every song on there is excellent and I still listen to it a lot. If you try and sing along with their harmonies, it’s Beatle-esque shit – pretty intricate stuff. People will look and them and laugh at what they used to look like, but they had a double platinum album. Put that shit on and try and play or sing along and it ain’t so fun anymore, dudes.

There’s a time frame for that era of music, where if you were in a band and looked a certain way – say 1991 or 1992 – so by the time Kurt Cobain came around, you were fucked. Pick a band like Winger, for example. Now, I’m not a huge Winger fan, but there are some great songs on those albums. But they’ll be remembered as the band Beavis and Butt-head hated, or the band Lars Ulrich threw darts at in the Nothing Else Matters video. Bands would get crucified because of how they looked. But if I was to put that music on and not show anyone a picture or say who it was, they’d be like, ‘This is a great song’. They were like a heavy Cheap Trick with the sort of cool solos you’d hear in a Dokken song. Now, don’t get me wrong, I’m not a hair metal guy, but for whatever reason, Nelson struck a chord with me.

I’m an Iron Maiden, Metallica, Beatles, Kiss, Ozzy, Helloween fanatic, but for whatever reason, After The Rain slots right in there for me. If I was to make a list of my top 25 or 30 records, that record would be in there.

No, I’ve never played After The Rain before I wrestle; it’s not something you’d put on before a show. I could, but I do put my iPod on shuffle before every Fozzy show and they might have come on once or twice.

I’ve never met Matthew or Gunnar before, which is strange considering all the stuff I’ve done. I’ve had people like Slash, Gene Simmons and Paul Stanley on my podcasts [Talk Is Jericho] and I would love to have the Nelsons on. They kinda disappeared right after that record and it bummed me out. It stands alone as an amazing piece of work for me…