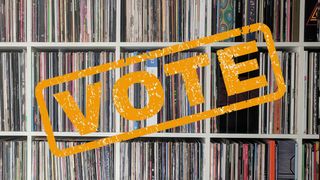 All you need to do is fill in the two fields below: the band name, and the album title.

That's it. We'll do the math, and compile the ultimate guide to rock's ultimate albums. The poll closes on the last day of October, and we'll reveal the results the following month.