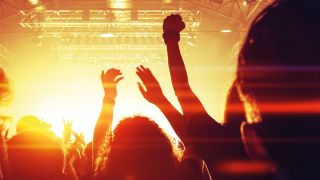 When London venue The Borderline announced earlier this week that it was to close its doors for good, the UK’s music communities let out a collective groan of resigned dismay. The story was a familiar one: The Borderline’s owner released a statement blaming “ever-increasing rents, rising business rates and ongoing redevelopment plans for Soho” for the closure. It confirmed what we already know: sticky floor by sticky floor, independent venues across the UK are disappearing.

A report released in 2015 by the Mayor’s Music Venues Taskforce (which was set up to help London’s live music spots) found that 35% of London's live music venues had closed since 2007. In 2017 it claimed the number of grassroots music venues in the capital had remained stable for the first time in 10 years – but the continued threat of closure to make way for redevelopment or greedy landlords paints a different picture. The figures for the rest of the UK are unclear, as there is no set definition of what constitutes a music venue, and what’s just a plain old pub.

But what is clear is that music haunts all over the country are closing – in the last decade we’ve lost London's iconic Astoria, Manchester’s Roadhouse, Bristol's Bierkeller and The Arches in Glasgow, to name but a few. Add in to this the fact that London's historic Denmark Street – the place from which Elton John and The Rolling Stones emerged – is under threat to make way for a gleaming redevelopment and it's clear that the UK's music heritage is still under threat.

The closure of grassroots venues has a massive implication for the music scenes that use them. If keeping venues open continues to be a monumental battle, upcoming bands won’t have the platform they need to progress to academies and festival slots, let alone arenas. There’ll be no fresh sounds on the scene, and nowhere to go beyond a hired practice room. Break the link in the chain that is small venues, and the rest of the scene will crumble.

“These places are where bands cut their teeth,” says Rolo Tomassi’s James Spence. “They let DIY promoters in to do their stuff, which is crucial for bands starting out. Small gigs help spread the word. They’re where you hone your craft as a band.”

There are a bunch of reasons why small venues are being wiped out. Urban areas are a capitalist whack-a-mole, where venues are bulldozed to make way for flats, offices or elaborate train stations, while complicated licensing restrictions and noise complaints can lead to bureaucratic battles with local authorities. Luckily, there are people who are determined to address the issues and secure the future of live music.

Of course, running a venue isn’t cheap. There’s rent, insurance, staff wages and equipment to consider, and hosting twice-weekly gigs is unlikely to cover the costs. In London, there’s nothing to stop landlords charging six-figure deposits before renting out their buildings.

Steve Pitt, who ran The Cellars in Portsmouth until its closure in 2015, says that in his experience, the council “stood on the sidelines”. The Cellars’ profits had been down since the recession, and they couldn’t afford the rent. “Councils can’t give money to businesses, but if they sent in outreach officers to give advice, more venues would stand a chance,” he says. Steve and Mark Davyd – founder and CEO of the Music Venue Trust, a charity that supports independent venues – explain that if a venue is run as a community interest company (a nonprofit organisation with monitoring from figures in the local community) instead, it can qualify for Arts Council funding.

“Restructuring those businesses is key to getting the government to view them differently,” explains Mark, who also chairs The Mayor’s Taskforce. Mark also suggests venues run different activities to attract different clientele, or offer out their facilities to bring in extra money. “Venues are the baby of the people who run them, but there is a need to diversify,” he says. “Hire out the venue on off-nights for band practices. Have a coffee bar during the day and a live music space at night. That’s better than it sitting empty.”

This is what happens at Leicester’s Firebug, which has had the likes of Katatonia and Rolo Tomassi on its stage during its 15 years. “We don’t restrict ourselves to just music,” promoter John Helps says. “Live shows are part of what makes it an attractive bar, but we also have food served in the day, and I do other things like hip hop karaoke. All of Leicester’s successful venues are ones that have diversified.”

Venue owners, the council and the creative community are all supportive of each other – something that Mark says is integral to improving the situation. “Responsible venue owners get a bit of help,” says John. “A night-time economy collective met for a while; I think that’s faded out now, but the whole city is really supportive.”

Glasgow’s Cathouse, which has hosted the likes of Pearl Jam, Guns N’ Roses and Dream Theater, has weathered the storm for almost 30 years. Owner Donald MacLeod believes part of its success is down to keeping up with trends. “When we started, ‘poodle rock’ was in fashion. Then grunge came through, and the Cathouse was tapping into both those veins,” he says. “You’ve got to have a serious look at the music business and play the right music.”

Glasgow’s venues – including the Cathouse, whose first premises were converted into an office block – face the same battle with property developers as London’s, but Donald is pragmatic. “You’ll never stop it,” he says. “I’d say to those caught in that situation to see if your business is viable, and get the best deal you can from those selling the building, and look for another place.”

The support of punters can be invaluable. When Norwich’s Owl Sanctuary – considered by locals to be the centre of the city’s music scene – was sold to a property developer, local magazine Outline set up a crowdfunding campaign to help manager Dan Hawcroft find new premises. It fell a few quid short of the £7,000 goal, but was still enough for them to rent a new building and reopen in the city centre thanks to vocal support of the campaign in local press and on social media.

In Brighton, The Freebutt hosted the likes of Viking Skull and Orange Goblin before closing in 2010, after being served with a noise abatement notice. “We had a noise limiter fitted that cuts the power if the volume goes too high, and the council wanted to turn it down so low we couldn’t have drums,” says former co-owner Andy Rossiter.

Despite fitting extra soundproofing, the neighbours weren’t satisfied. “We had no choice but to close,” he says. People who move next door to venues and then complain about noise levels are generally maligned as party poopers, but have historically had the upper hand legally. That may be changing though, since the Agent Of Change principle, which makes it the responsibility of developers building houses near venues to take charge of soundproofing, came into effect in August 2018.

One example of this is the Milton Keynes Stables, which was saved from threatened closure earlier this year. Their local council added a specific condition on the application made by developers building nearby which granted The Stables the right to continue to operate at current noise levels and that any residents in the future will be “legally bound by this right.”

Licensing conditions can also be a death knell, as Andre Joyzi, the ex-manager of London’s late, great, 12 Bar knows. Despite a petition against its closure and a sit-in by activists, it closed in 2015 as part of a redevelopment project linked to the Crossrail line. After a year in new premises, 12 Bar closed again.

There were also problems at Soho Rocks, another venue Andre managed. “The licence was an issue there,” he says. “We had to close doors on weekends at midnight, when the place was peaking. Closing at 2am would’ve made the difference between making enough to get by, and making it a profitable business.”

At the root of the problem is the fact that venues aren’t viewed by the government as cultural enterprises – despite the creation of a Night Csar role, occupied by Amy Lamé, in 2016, designed to protect London's night life and spaces. “There’s a Theatres Trust, which acts on behalf of theatres and their interests,” notes Mark. “It’s a government-funded body with statutory powers to protect theatres. No such body is funded by the government or has such powers when it comes to music venues; we have had to create one.”

Public support for venues clearly exists, but the places themselves are still at the mercy of laws that work against them and the capitalism driving them out of inner-city spaces. The fact that venue owners have new allies close to the government and councils is a glimmer of hope, though. If indie venues can band together and be vocal about the changes they want to see, they’ll stand a better chance of fighting the developers, complainers and bureaucracy that are threatening to flush the ‘toilet circuit’ – as the Trust affectionately calls it – away.