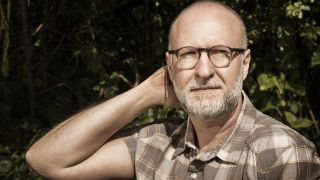 Pioneering alt.rocker, Hüsker Dü founder and former Sugar frontman Bob Mould is back with his tenth solo album, Beauty & Ruin. In part addressing the death of his father in 2012, the record combines tender reflection with a honeyed roar and super-fuzz power-chord blast that is vintage Mould. It’s an emotionally charged mid-life milestone from the man whose high-decibel rage almost single-handedly gave birth to a whole generation of bands, including Nirvana and Pixies.

What was on your mind while making Beauty & Ruin?

It breaks down into four themes. The front of the record deals with loss, death, failing health, things I’ve had a lot of experience with recently. The next step is reflection, looking back at my life and trying to figure it all out. Step three is acceptance of everything that has happened. And step four is looking to the future. It’s not a concept, those are just the themes. Four acts, I guess.

In 2011 you published a memoir that dealt frankly with your troubled childhood, drugs, your sexuality and other topics. Has that confessional affected the way you make music?

Yeah, it’s absolutely affected the work. It was the first time in my life that I’ve bothered to look back at anything.

After years of bad blood, relations between you and your former Hüsker Dü bandmate Grant Hart are now fairly cordial. There must have been big-money offers to re-form the band?

Not to me personally. We’re probably on the shortlist of bands that Coachella Festival would like to get back together, but I don’t think there’s any use in it. We’re on to other things. Grant’s back up and running, doing good things. I’m staying busy. That’s a separate legacy, you shouldn’t mess with it. Hüsker Dü was not an act. That was not just a band. ** **

Nirvana were obviously huge Hüsker Dü fans. Is it true you were on the shortlist to produce Nevermind?

Yes! I had the demos. Do I regret not doing it? No. Everything went exactly as it was supposed to. I wouldn’t have made that record for them. I would have screwed them up. Which means Sugar would never have happened. So all’s well that ends well.

By far. Probably for a number of reasons. To be a miserable old pussy would be awful. It was tough enough being miserable and young. Why do it again if you can consciously not do it?

Do you ever fear that contentment will make you a boring artist?

I don’t worry about it so much but I’m aware that has happened with others. I guess the challenge then comes with your audience, because I’m a storyteller, so you ask yourself: what kind of stories do I write? Do I fictionalise? Do I write from the perspective of a young person? I did a little of that on the new album. ** **

You have huge goodwill and credibility in indie-rock circles. Given the choice, wouldn’t you prefer to trade that in for hard cash? Just a small cut of Foo Fighters royalties maybe?

No because that would mean cutting the Ramones and The Beatles in on everything I write too. No, I feel blessed. I’m the luckiest guy in the world. I’m just surprised they still keep me around.

Beauty & Ruin is out now via Merge.