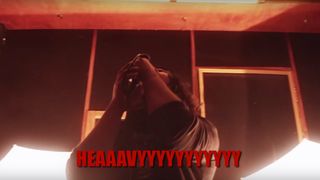 Last week, Linkin Park released Heavy, the first single from their upcoming seventh album One More Light, and the reaction was mixed. While some fans welcomed the poppier, more mainstream approach, many LP fans turned their nose up at the idea this was anything resembling rock music. Sure, Linkin Park have come a long way since the era-defining Hybrid Theory, but it looks as though One More Light is going to further remove them from our world.

And that’s where Bloodywood come in.

The duo of Karan Katiyar and Jayant Bhadula are known for making “metal versions of pop songs” and have turned their creative gaze toward the California nu metal faves. Adding some heavy guitars, screams, a half-decent Mike Shinoda impression and some record scratches, this is probably as close to ‘classic’ Linkin Park as we’re going to see any time soon.

Harking back to the early days of LP’s career, Heavy is actually a pretty decent song once it’s been Meteora-ed. Sure, it’s missing a slab of Shinoda’s rapping and it’s not the best Chester Bennington impression (it needs more blue flames), but in the end it doesn’t even matter.

What do you think about Linkin Park’s new song?

Linkin Park's Mike Shinoda: The 10 Albums That Changed My Life