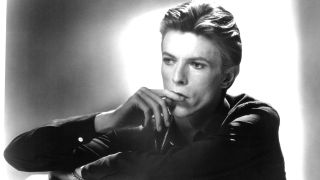 In the BBC documentary Cracked Actor, David Bowie demonstrated how he used the random cut-up technique of Brion Gysin and William Burroughs as a starting point for many of his lyrics. Never the most confessional of writers, Bowie’s songs are thus often difficult to decode, his creative ideas tangled in metaphor and allusion. All of which makes them endlessly fascinating. Here are 10 of the best.

Eleven years after being introduced in Space Oddity, Major Tom is in bad shape, with no money and no hair, the hippie dream consumed by madness and addiction. Bowie called Ashes To Ashes an epitaph for the 70s: ‘Ashes to ashes, funk to funky / We know Major Tom’s a junkie / Strung out in heaven’s high / Hitting an all-time low.’

A lyrical hall of mirrors that reflects the muted horror of Bowie’s Orwellian concept of Diamond Dogs as a futuristic hell: ‘I’m having so much fun with the poisonous people / Spreading rumours and lies and stories they made up / Some make you sing and some make you scream… But there’s a shop on the corner that’s selling papier mâché / Making bullet-proof faces, Charlie Manson, Cassius Clay.’

This buzzing glam-rock masterpiece was written to amuse Bowie’s US girlfriend Cyrinda Foxe (future wife of David Johansen and, later, Steven Tyler), though its subject was partly based on Iggy Pop. The lyrics are trashily playful: ‘Sits like a man but he smiles like a reptile… He says he’s a beautician and sells you nutrition / Keeps all your dead hair for making up underwear.’

Bowie’s early fascination with Nietzsche, the occult, religion and politics found an outlet in the thick dream reality of one of Hunky Dory’s standout tracks. Aside from referencing Aleister Crowley, Heinrich Himmler, Winston Churchill and Greta Garbo, Bowie declares: ‘I’m not a prophet or a stone age man / Just a mortal with potential of a superman.’

A meditation on mortality and the remorseless tempo of life itself, Bowie’s words are given an added shiver of meaning by Mike Garson’s dissonant piano lines. Time ‘speaks of senseless things / His script is you and me, boys’. Elsewhere, Bowie laments the demise of the New York Dolls’ original drummer, Billy Murcia: ‘Time, in Quaaludes and red wine / Demanding Billy Dolls / And other friends of mine.’

In which Bowie lays out the entire Ziggy prophecy before playing it out himself, from ‘jamming good with Weird and Gilly and The Spiders from Mars’ to superstardom and eventual dissolution: ‘Making love with his ego / Ziggy sucked up into his mind / Like a leper messiah / When the kids had killed the man / I had to break up the band.’

4) Five Years (The Rise And Fall Of Ziggy Stardust And The Spiders From Mars, 1972)

Led out by Woody Woodmansey’s ominous beat, this end-of-days address offers a wealth of doomsday imagery: ‘Pushing through the market square, so many mothers sighing / News had just come over, we had five years left to cry in / News guy wept and told us, earth was really dying.’ Supposedly inspired by Bowie’s late father appearing to him in a dream, warning him that he only had five years left to live.

Perhaps the most poignant lyric of Bowie’s career, in which he seemed to be readying himself for mortal release after battling cancer for 18 months. ‘Look up here, I’m in heaven,’ he sings, ‘I’ve got scars that can’t be seen / I’ve got drama, can’t be stolen… This way or no way / You know I’ll be free.’ The accompanying video, released just three days before his death, portrayed him in a hospital bed, his eyes shrouded by bandages.

Robert Fripp’s suitably heroic guitar gives added emotional heft, as Bowie turns a private moment – producer Tony Visconti and backing singer Antonia Maass in a passionate clinch by the Berlin Wall – into a universal anthem of fleeting triumph: ‘I, I will be king / And you, you will be queen / Though nothing will drive them away / We can beat them, just for one day.’

The title of one of Bowie’s weightiest songs refers to the Stations of the Cross (a set of landmarks associated with Christ’s crucifixion), while there are allusions to the Kabbalah, Aleister Crowley and Bowie’s druggy LA period. It also introduces ‘the Thin White Duke / Throwing darts in lovers’ eyes’, concluding that ‘It’s not the side-effects of the cocaine / I’m thinking that it must be love’. Meanwhile, ‘the European cannon is here’ heralds the next phase of his career: The Berlin Trilogy.