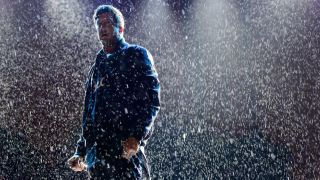 This is Six Pack, our mini compendium of the informative or the quirkier aspects of rock music. This week, week, Of Mice & Men’s Austin Carlile reflects on his period of homelessness, connecting with the fans and coming face to face with his childhood bully…

ON LOSING HIS MOTHER “If my mom hadn’t died, then Of Mice & Men wouldn’t be happening. I would not be in California, I would not be doing music. There would be no Rachels and Simons and Katelyns and all the kids I have come into contact with whose lives have drastically changed because of this band. It would be selfish of me to wish that my mom was back because I don’t – she’s happier now than she would ever have been. Everything happens for a reason.

“When something happens to you, there’s no use in going back to it and complaining or getting upset. There’s no sense going back and opening wounds. If it already happened, you need to focus on the solution and how to fix it. Because there’s nothing you can do about it. It took me three years to figure that out.”

ON BATTLING ADVERSITY
“I didn’t have anything else after my mom died. I moved from Florida to Colorado, then I moved to Ohio when I was 18. I randomly started playing music in a garage with some guys, covering songs. That led to the next band, then I left that band. I knew I wanted to do music but I had no money. I lived in a tiny studio apartment with a window onto a brick wall in Columbus, Ohio – the crappiest place in the world. But I knew I wanted to be in a band, so my friend said, ‘Do it dude, what have you got to lose.’ I ended up living in a car for about a week and a half when I was 22 or 23. With my dog. I’ve always had weird situations like that. Life has never really been on my side in an obvious way, but it has been in the sense that I always get through it. And everything that has happened in my life has got me here.”

ON BULLYING
“The way to get through bullying is to ignore it. Do your own thing. When you’re out of school, these people are not going to matter anymore. I once played in my old home town of Denver, Colorado on the Warped Tour. There was a massive crowd, and we were last on the mainstage and playing in front of a beautiful sunset. I saw a guy in the crowd who had picked on me in school because I looked funny. I didn’t feel anger, I felt sorry for him. He had knocked up some girl, he was stuck in the same town and he was the same person he always was – I realised he had spent more time hurting me than helping himself. That’s the biggest thing to me: people need to spend less time hurting other people and more time bettering themselves. Bullies can’t see they’re hurting themselves more than anyone else.”

ON LIVING WITH A HEART CONDITION
“I will have to deal with my heart condition for the rest of my life. It is a tough thing to have hanging over you but I can’t let it come in the way of what I want to do now. After the surgeries I’ve had and things I’ve had in my life, I appreciate what I have a lot more than most people. That’s why, when I want to do something, I want to get it done. If I see something I want, then I go for it. Because I don’t know how long I have. Nobody does – nobody knows if they have next week.

“I had heart surgery a couple of years back and, after it, I was hooked up to morphine for weeks and had to take pain pills. I didn’t want to take them anymore, so I stopped and had really bad withdrawals. One of the worst nights of my life, I was convulsing on the ground. I had developed a dependency, but it wasn’t something I chose. It means I can relate to people when they say they’re addicted to something.”

ON RELATING TO OF MICE & MEN FANS
“Kids everyday say, ‘my parents divorced too’ or ‘I lost a parent too’, or ‘I have a heart problem or a health condition too’, ‘I had a drug problem too’. They can all relate to every bad thing that has happened in my life. And they can see that I’m still here. They can see that I’m not perfect but that I got out of all that. I went from being 16 years old and living alone with nothing, to being 17 and living in a car, to being 18 and doing this. Now I’m 26 and I have a cosy loft in North Hollywood and I play in a rock band for a living. Anyone who has gone through stuff can look at that and go, ‘Wow – if he can do it, then so can I’.

“I did a signing recently and a girl started crying, saying, ‘I wouldn’t be here without you, your music has saved me’. And I said, ‘I wouldn’t be sitting right here if it wasn’t for you’. She said, ‘What do you mean?’ so I said, ‘Where would this band be without our fans?’ I am where I am in my life because of them. If I’m not going to give anything back to them, then who the fuck am I? We do care, and we do take the time to do that stuff. I do stuff on my time that people will never know about.”