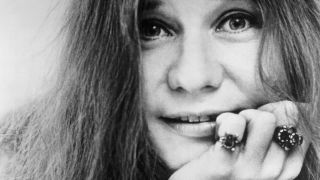 There’s a great moment in D.A. Pennebaker’s film of the 1967 Monterey Pop Festival, just as Big Brother & The Holding Company finish their set. The camera briefly fixes on ‘Mama’ Cass Elliot, somewhere out in the crowd, who mouths: “Wow! That’s really heavy!” The cause of her astonishment is the band’s frontwoman, Janis Joplin, a 24-year-old Texan with a lung-busting voice and a ferocious stage demeanour.

Along with the pyrotechnics of Jimi Hendrix and The Who, Joplin’s volcanic rendition of Big Mama Thornton’s Ball And Chain was one of the standout moments of the festival. Bob Dylan’s manager, Albert Grossman, signed her and the band as a direct result, leading to a deal with Columbia, who promptly reissued their debut LP in a flurry of excitable promotion. Within months, Vogue was trumpeting Joplin as “the most staggering leading woman in rock.”

Her appeal was obvious. Here was a white American singer who sublimated the earthy blues that had first inspired her – Thornton, Bessie Smith, Ma Rainey – into the rowdy psychedelia of the Summer Of Love. She invested herself fully, singing as if her very life depended on it, a private testimony of blues, soul, gospel and no-holds rock executed with almost religious fervour. Put simply, Joplin burned with an intensity that outshone most of her peers. “Singing is like loving somebody,” she once offered. “It’s a supreme emotional and physical experience.”

Joplin’s arrival as a cultural commodity was a vindication of self that’d been all but quashed in her earlier years. The daughter of middle-class parents from Port Arthur, she was the school misfit who’d been ostracised by her classmates, scarred with acne and subject to bullying. Appallingly, at college in the early ‘60s, the local frat house even nominated her as candidate for the Ugliest Man On Campus. In a TV interview conducted at the peak of her fame, Joplin explained that “they laughed me out of class, out of town, out of the state”.

In 1963, Joplin quit small-town life and headed for San Francisco, settling in Haight-Ashbury and recording demos with Jorma Kaukonen (later of Jefferson Airplane) and his wife. Drugs entered her life around the same time. Like most everything with Joplin, there were no half measures. She injected methamphetamine, started using heroin, swigged Southern Comfort and gained a reputation as a hard-living speed freak. Her social circle was so concerned about her health that everyone had a whip-round and sent her back home to recuperate.

Joplin couldn’t keep away though. In May 1966, she headed back out to San Francisco, where she was invited by promoter Chet Helms to audition for Big Brother. “She was good, but she had to learn how to do it,” guitarist Sam Andrew recalled of Joplin, whose prior engagements had been as an acoustic folk-blues singer. “It took her about a year to really learn how to sing with an electric band.”

1968’s Cheap Thrills, Big Brother’s second album, was a landmark release. The band concocted steady psych-blues grooves, over which Joplin roared and subsided, bawling hurt into songs like Piece Of My Heart and drawing out the bittersweet ecstasies of George Gershwin’s Summertime. It was one of the year’s biggest sellers, topping the US charts for eight weeks and going platinum.

Neither fame nor celebrity sat easily with Joplin, whose bawdy public image as a hedonistic rebel belied a vulnerable, sensitive soul who thought deeply about the more esoteric aspects of life. “She was open and spontaneous enough to get her heart trampled with a regularity that took me 30 years to experience or understand,” observed friend and fellow rock goddess Grace Slick, in her memoir, Somebody to Love? For all the adoration bestowed on her, Joplin would famously lament that “on stage, I make love to 25,000 different people, then I go home alone.”

Joplin had outgrown Big Brother by the end of ’68, forming her own outfit, The Kozmic Blues Band, for a series of gigs the following year, including a prestigious slot at Woodstock. Their sole album together, I Got Dem Ol’Kozmic Blues Again Mama!, was an unwieldy affair, recorded as Joplin sank deeper into heroin addiction. Stripping back the line-up to create The Full Tilt Boogie Band, she entered the studio in August 1970 to record Pearl.

A free-roving masterpiece that showcased Joplin’s sheer versatility - from good-time hymns Mercedes Benz and Move Over to mournful ballad Cry Baby and Kris Kristofferson’s broken travelogue Me And Bobby McGee - Joplin was already dead, snuffed out by an overdose, by the time it was released in January ’71. Hers is a slim, unique legacy, marked by both tragedy and triumph.