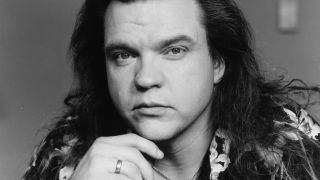 Prior to batting his way out of Hell, even before greasing his wheels as Motorcycle Eddie in the stage and film version of The Rocky Horror Show, in the late 60s Michael/Marvin Lee Aday, aka Meat Loaf, was busting his chops on the tortuous gig circuit with a band called Meatloaf Soul. The band went through a series of name changes with each new line-up. But it was as Floating Circus that they truly arrived, with a series of gigs at the Grande Ballroom – a legendary Detroit venue – opening up for an eclectic range of acts including Dr John, Sun Ra, The Fugs, Jimi Hendrix and Janis Joplin.

Here Mr Loaf recounts his experiences with other Grande regulars including the eviscerating MC5, the schizophrenic Iggy Pop and a then unknown band from West London called The Who. He also explains, in a tale involving Grand Funk Railroad, why you shouldn’t go to him for career advice, and talks about the rise and fall of his favourite singer, Joe Cocker. All that and a smarty-pants Ed Norton of Fight Club too.

I saw Iggy play his first show at the Grande Ballroom. His band consisted of the MC5’s road crew, none of who could play an instrument. The whole set was one song in the key of E. After an instrumental intro, in the key of E, Iggy came on, immediately took off his T-shirt and then started maiming himself by sticking needles through his fingertips and in his chest. He then somehow got hold of a cream pie, jumped off stage and started making out with this poor guy’s girlfriend. So this guy’s freaking out, and Iggy just laughs and slams the pie in this poor kid’s face and starts rubbing the cream all over himself. And then he jumps back on stage and disappears. That was the whole show. Fucking hilarious! It was over in six minutes.

We played with The Stooges many times, and off stage Iggy was the quietest, most soft-spoken person you could ever meet. He used to pull me up and say: “Hey Meat, man. We’ve just learnt another chord!”

I remember seeing them in Detroit and I didn’t have a clue who they were. Roger came out in a suede tassled jacket which I thought was hilarious. Keith Moon was unbelievable, you couldn’t take your eyes off the guy. They used to announce The Seeker by saying: “This is a new song that we’ve never played before.” And I thought: “Yeah, right. I bet that’s what they say every night.” And they did. I also remember that Daltrey stood at the side of the stage when we were on, watching intently.

I met him many years later at a music award ceremony. I was in the bathroom taking a piss and he came up behind me and said: “You’re Meat Loaf, aren’t you? I remember seeing you with a band in Detroit years ago. You were brilliant.” I couldn’t believe that he remembered me. Years later he sang on one of my albums.

I knew the Grand Funk boys since they were in a band called The Pack. They were originally called Terry Knight & The Pack. Terry went on to become Grand Funk’s manager and was a really sharp guy. Once he met you he never forgot your name. Just like Jimmy Iovine. The Pack were an amazing band. Don Brewer was a phenomenal drummer and Farner had a soulful voice – he played bass in those days. But they didn’t have much success.

I remember a story they told me about the time they supported Gary Puckett & The Union Gap. The Union Gap was a bubblegum act who had lucked out with a couple of hits fronted by Gary Puckett who was a vile egomaniac. When The Pack supported them, Puckett wouldn’t let the band use his back line and they had to set up on the floor in front of the stage. It was so humiliating, and definitely contributed to the band splitting up. Hearing that story had a huge impact on me and I always made sure our support bands were taken care of and lent out equipment to anyone who needed it.

When The Pack split up, Mark and Don decided they were going to form a heavy rock trio in the style of Cream and Hendrix, and were initially after my bass player, Rick Bozzo, to complete the line-up. They approached him, and Rick came to me for advice. At the time, my band were beginning to make headway; while Mark and Don had just started rehearsing at the Flint, Michigan YMCA. They were so broke that they paid for their rehearsal time by sweeping up afterwards. So I convinced Rick to stay with us. Of course, Mel Schacher joined and Grand Funk Railroad became one of the biggest rock bands in US history. I remember one day we were driving somewhere in Hollywood and suddenly there was this huge billboard with Mark, Don and Mel’s faces plastered across it. Rick just looked up, sighed and said: “That could’ve been Mark, Don and Rick.”

Undoubtedly one of the best live bands ever. The Grande Ballroom played host to all the visiting superstars like Cream, Hendrix, Janis Joplin, but the local superstars were MC5. They were brilliant. Along with Joe Cocker and Buffalo Springfield, MC5 are the band I saw the most times live.

I knew the guys really well and they were always great fun to watch. They mixed politics with theatrics. Their manager, John Sinclair, was a member of the White Panthers and facing a heavy rap for possession of dope. The stage would be covered in American flags and they would have this preacher introduce them, and then it would be straight in: “Kick out the jams, motherfuckers!” It was a cross between the James Brown revue and The Rolling Stones. LA didn’t get it, New York didn’t get it; it was a Detroit thing.

Wayne Kramer was the best live performer bar none. He’d slide across the stage on his knees. He would have these insane guitar duels with Fred ‘Sonic’ Smith .They dressed up in these silver glitter outfits but they’d be playing this heavy shit. Rob Tyner was a fantastic vocalist. But it was Kramer who stole the show. I would go as far as saying that he was the biggest influence in my life as far as my live performances go.

The Bonzo Do Doo-da Band

They were one of the most incredible bands I’ve ever seen. They did this thing in the middle of the show that blew me away and I’ve still not figured out how it they pulled it off. In the middle of the song, the sound cuts out, like there’s some kind of electrical malfunction, but the band just keep playing, making all the moves and mouthing the vocals. Then suddenly the sound comes back on and they’re all totally in sync with the music. For a minute you think you’ve gone crazy, and the audience, who are already pretty wasted, are staring at each other in disbelief. It’s difficult to describe without you being there. But one thing’s for sure: Viv Stanshall was definitely the king of freaking people out.

Man, they were abysmal. I remember they headlined once at the Grande. The support acts included the MC5, Bob Seger and us – all highenergy. Jerry Garcia and his crew came on and started playing this song and it seemed to last for weeks! After about 20 minutes half the audience had gone .The problem was that we couldn’t leave. Because of weather problems the Dead’s equipment hadn’t arrived and we had lent them our back line. I didn’t know anything about the band at the time and didn’t realise that their sets went on for days [laughs] – well that’s what it felt like. We were stuck there all night.

We were doing a festival with Ted Nugent, MC5 and the usual Detroit crew and the headliners were this British act called The Grease Band, who I’d never heard of. While our band was setting up, this real scruffy guy with greasy hair and dressed like a hobo came up to me and asked if he could borrow our organ because theirs had packed up. We had a Hammond C3, which was a monster, like a church organ. Most bands had a B3 which was portable in comparison. I was pretty big at the time and had no problem moving it.

The first thing this ‘roadie’ says to me is: “I bet it isn’t easy moving that weight around.”

“Yeah, it can be hard,” I replied, thinking that he’s talking about the organ. “When we make some more money we’ll get a B3.”

Can you believe it? This fucking roadie was making fun of my weight. Anyway, he did compliment our set so I helped him set up, and then I went round the front of the stage to check out this new limey outfit. The band comes on and plays an instrumental and then the ‘roadie’ come on, starts singing and blows me away. It was Joe Cocker. And from that day onwards he became my favourite vocalist of all time.

I once saw him in the 70s when he was battling with drug and alcohol problems, and that was depressing. He looked a real mess when he stumbled onto the stage, and threw up after the second song. I had to leave after that, I couldn’t watch any more. But even now he’s still my favourite singer.

I would have to say that Edward Norton is without a doubt one of the most intelligent people I have ever met. His whole family are really talented. He can talk about any subject with great depth and knowledge. I remember I was hanging out with him and Kevin Spacey at one of the film screenings of Fight Club. Edward is going on about something or other, his face is all serious and focused. Suddenly, in the middle of this diatribe, Kevin Spacey blurts out: “Edward, what the fuck are you talking about?!” Ed looks up and. without missing a beat. just carries on from where he left off.

Meat Loaf: “I'm not afraid of anybody!”