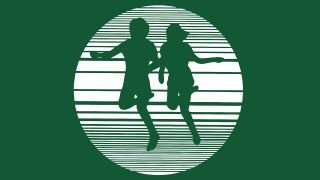 In the early days of the 21st century, the New York post-hardcore scene had a sense of optimism and familial community that was so instantly inclusive and warm that, as a visiting Brit with a similar love of the music, you felt a part of it from the moment you stepped into one the myriad dive bars on Manhattan’s Lower East Side. Of course, we had our own strong and inclusive community back home, but the gritty glamour of DIY NYC and the knowledge that this whole movement was indigenous to the area, stretching out of the city and up through Long Island, made it magical.

Walter Schreifels was already post-hardcore royalty by the time he formed Rival Schools around the turn of the century, having cut his teeth in hardcore punk bands Youth Of Today and Gorilla Biscuits before moving on to the widely beloved Quicksand, who inspired a generation that came after them.

Rival Schools was different again, though: a revelation. Formed with guitarist Ian Love, bassist Cache Tolman and CIV drummer Sammy Siegler (also of Youth Of Today), this band gave them a chance to explore their poppier side, swapping the raw edges of their previous projects for singalong choruses, irresistibly catchy melodies and an anything-can-happen attitude summed up in one of the album’s big hits, Good Things: 'Good things are coming our way.'

Even closing instrumental Hooligans For Life, with its noise breakdown and bouncing pace, exudes unrestrained joy completely at odds with the emo cliche of sad-sack navel-gazing assumed by those who wrote the scene off without actually listening to a note of the music.

There are darker lyrics here, of course; an emotional openness that defined the time and the place. This was before the genre was hijacked by Californian boybands in disguise. The look was skate-shoe practical rather than glam (although the proliferation of enormous Eastpak backpacks made some gigs problematic spacewise), and the wide umbrella of the term 'emo' sheltered an enormous range of interpretations from different musicians.

But what did link it all together was the fact that, coming from the restrictions of punk, these bands were wearing their hearts on their sleeve and both they and their audiences felt freer than ever to express their true feelings – be that happiness, despair, or anything in between.

There are plenty of high points on United By Fate, from the Nirvana vibe of High Acetate to the gentler romance and longing of Undercover’s On, Schreifels’ astonishing, gritty but warm vocals a familiar old friend.

But it’s the centrepiece, Used For Glue, that remains the star of the show. DJing at rock clubs in London in the early 2000s, you could guarantee the elephantine introductory riff would send beer flying into the air as everyone made a beeline for the dancefloor. And live the band were spectacular, again bringing the room together with little in the way of boundaries, be they physical or imagined, between them and us.

The album soundtracked burgeoning longstanding friendships, ill-advised short-lived love affairs, and countless memories formed in dingy venues, dank flat-shares and sun-drenched festival fields. And its optimism took on a new importance exactly two weeks after its release date, when the 9/11 terrorist attack brought down the twin towers and shattered New York City’s sense of self.

The city’s response, after the shock, grief and unimaginable horror of that day, was to pick itself up, rebuild and come back stronger. New York’s post-hardcore scene went from strength to strength in the aftermath, and in the weeks and months that followed, bars and homes continued to ring out to United By Fate, a beacon of light that was so desperately needed in the darkness.

As it reaches its 18th birthday, the power of United By Fate is as potent as ever. Let’s have one more singalong.