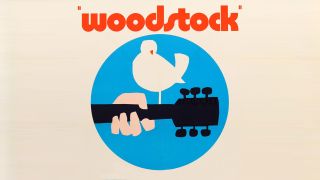 As the decades wear on, the Woodstock festival of 1969 becomes less of a rock concert and more of an emblem, a gold star pressed firmly into the hippie generation’s forehead; a proud, beaming moment in a rolling sea of bad trips, bloody protests and war-on-everybody. It was that one weekend where everything worked out, where it all just clicked, where free love and cheap drugs and fuzzy rock’n’roll was quite obviously the answer to all of life’s problems. It was the calm eye in the world-thrashing storm that was the 1960s.

When Sha Na Na drummer John ‘Jocko’ Marcellino parked the band’s rickety van on the vast green field of Max Yasgur’s farm in upstate New York on that fateful Friday afternoon in August 1969, he had no idea that by the time the weekend was through, his fate would be sealed. That 40 years later, he’d still be chatting about that one 35-minute appearance the band made that ultimately launched his career and sent millions on their own journey of discovery.

“We were wandering around, trying to figure out what to do next,” Marcellino says, recalling the summer of 1969. “We had done our thing playing campuses, and we had been in New York for the summer to see if we could make it. It was my first summer away, my Freshman year at Columbia. We were hanging out and trying to figure out where to play with this campy 12-man act.”

Sha Na Na started life in the late 1960s as the Kingsmen, an a cappella group made up of Columbia University students. When Louie Louie became a smash hit for the Northwest Kingsmen, Marcellino’s band changed their name and their image. They dressed in gold lamé or jeans and tight T-shirts and sang early rock’n’roll standards – stuff like At the Hop and Blue Moon, the first batch of ‘golden oldies’.

Much to their surprise, the show - highly synchronised, theatrical and gently mocking – became an instant hit, and they It’s an age-old tale at this point, but to recap: the town of Woodstock packed rooms all over New York. In July 1969 Sha Na Na played a run of shows at Steve Paul’s the Scene, an infamous Manhattan rock club that had become the hot hangout for visiting 60s superstars like Led Zeppelin and Jimi Hendrix.

“We’re down there playing, it’s our third week together, and there’s people lining around the block to see us, industry people that came to check us out. That’s’ where I met John Bonham, Hendrix, Joplin… Here I was, this 19-year- old kid, and I’m wigging out because there’s all these rock gods coming out to see us play.”

On the final night of Sha Na Na’s run, Woodstock promoters Michael Lang and Artie Kornfeld were in the audience. “The floor manager came over and asked us if we wanted to play Woodstock, and our manager said: ‘Go over and tell them yes.’ I had been hearing about who was going to be on this bill. I was a teenager in New York, I’m reading the Village Voice, listening to the FM radio, and everybody is on this bill. So I said: ‘Yes, absolutely. I was thinking of going anyway, and here’s this guy asking if we wanted to perform.

"We were the last act added to the bill. We weren’t even on the poster. I used to joke about how we misunderstood them, how we thought it was ‘Three days of grease and music’, and when we got there the place was swarming with hippies.”

Joel Rosenman is one of the four men responsible for Woodstock and its half-a-million-strong hippie swarm. Michael Lang and Artie Kornfeld were two savvy concert promoters and industry insiders who dreamed up the idea of building a state-of-the art recording studio in sleepy Woodstock, New York, and brought the proposal to entrepreneur Rosenman and his partner, John Roberts. They had the contacts, the know-how and the vision to turn this tiny town into a virtual Mecca for artists and performers. All they needed was the money. Rosenman’s solution was to put on a show.

“The notion we had was to make enough money from this festival to build this studio we had planned on this land we’d secured in Woodstock. We figured we’ll put on the show, throw the profits into the studio, no sweat.”What followed was the folly and misadventure of a lifetime.

“To call Woodstock a financial disaster would be putting it lightly,” Rosenman laughs. “If you multiply all the red ink with the cost of inflation over the years, it probably lost about 10 million dollars.”

The show lasted from Friday August 15, 1969, until the morning of Monday August 18, and featured the likes of Jimi Hendrix, The Who, Janis Joplin, the Grateful Dead, Creedence Clearwater Revival, Sly And The Family Stone, Jefferson Airplane, Joe Cocker… Crosby, Stills, Nash & Young played their second-ever gig at Woodstock; John Sebastian wore tie-dyed everything and performed stoned off his tits; She Na Na taunted the crowd, telling the “fucking hippies” to get haircuts. The entire weekend was marred by downpours of rain, which turned the festival grounds into a miserable bowl of mud.

In the chaos leading up to the festival, the promoters failed to employ enough ticket takers, so the kids eventually just tore down fences and poured in for free. The resultant overflow of flower-power turned the field into a disaster area and caused financial ruin for the promoters. The highway was shut down, bands were forced to get in and out via helicopter, and the army, local police and neighbours all chipped in to try and keep half-a-million kids fed and safe.

Amazingly, just about everyone survived. When it was all over, Rosenman was broke. But he was a broke hero. The kids at Woodstock gave peace a chance, and it worked. Many decades later, everybody’s still trying to figure out how.

“It’s an enigma we’ve been trying to crack for 40 years,” says Rosenman.“Kids like mud. That’s all we really know.” “God, the mud,” Jocko recalls. “Initially we were supposed to play on Saturday night, but then there was a rain delay, and there were all these acts coming in from other places. We kept going back and they kept telling us: ‘No, you’re not on yet. Maybe you can get on on Sunday.’

Much in the way Woodstock reinvented the 1960s for an entire generation, Sha Na Na did the same for the 50s. After their 90-second burst of At The Hop in the Woodstock movie, they became superstars. They spent five years touring the country, then landed their own syndicated TV show, which ran for eight solid years all around the world. In 1978 they appeared in Grease, the wildly popular film adaptation of the rock’n’roll revival musical.

Sha Na Na’s cock-eyed view of the 1950s as a Shangri-la of gum- snapping Betties and crooning greasers became the industry standard, from Happy Days to the Stray Cats. Even today, the ‘1950’ that most people imagine is largely the alternative universe that Sha Na Na created amid protests and rallies on the campus of Columbia University in 1969.

“People say: ‘What is Woodstock to Sha Na Na?’ And I say: ‘Everything,’ Jocko laughs. “We were a local college band, we had fun with it, but we were about to pack it up. I mean, what do you do with this campy thing? And then we play Woodstock and we’re internationally known. Then we get a record deal, we have a great five- year run underground playing colleges and the Fillmores, and then we got a TV show that played eight years worldwide, and in the middle of that we did Grease. And it all went back to this one show.”

Sha Na Na still play dozens of shows a year. As with any facet of nostalgia, memories of Woodstock have become a lucrative commercial enterprise over the years. Just recently a stunning Woodstock DVD box set, which includes a four-hour director’s cut of the documentary, hit the shelves. There’s a state-of-the-art museum in Bethel. A line of Woodstock-inspired beach ware is in department stores all over the US.

Joel Rosenman has even attempted, over the years, to replicate the festival in the same swampy field, with a so-so ’94 edition, remembered mostly for Green Day’s mud-slinging antics and the Red Hot Chili Peppers’ lightbulb helmets, and the disastrous Woodstock ’99 festival, a show marred by violence, arson, rape, and price-gouging of greedy vendors. Undaunted, Rosenman still sees a bright future for Woodstock.

How Green Day's Woodstock performance turned into a muddy riot