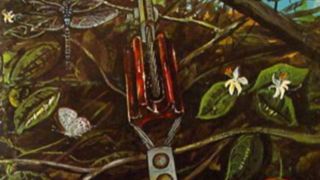 Durango, Colorado-based Dragonfly had released a rather bland pop-oriented album under the moniker Legend early in 1968, before this beast later the same year.

Apparently they didn’t actually change their name to Dragonfly; rather this was the title given to the album. No band members’ names are listed on the sleeve credits either. Their seemingly paranoid management were worried that if someone left the band it would cause major problems for their profile, so this deliberately vague presentation was orchestrated by them. If anything, it adds further mystery to this already enigmatic bunch.

Filled with rip-roaring guitars, aggressive vocals, heavy riffs, pounding drums and other‑worldly vibes, the album ticks all the boxes for a deserved cult record. In terms of heaviness, for 1968 this is one of very few albums that gave Blue Cheer’s debut a run for its money. Fortunately, though, it’s more than just a bludgeon-fest.

Opener Blue Monday, an unquestionable monster, is a primal exercise in fuzz-dripping acid rock. Enjoy Yourself follows, with heavy verses, psychedelic lyrics, delayed vocals and a distorted lead break. Other heavy hitters include Crazy Woman and Portrait Of Youth.

However, it’s the groovy, Doors-like rock of I Feel It and the dreamy delights of Miles Away that help Dragonfly stand out from overcrowded/overrated US psychedelic rock albums of the time. A true lost gem.