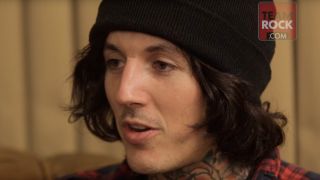 Bring Me The Horizon’s frontman reveals to Metal Hammer that after struggles with ADHD and substance abuse, he can finally admit he’s happy.

As covered in Metal Hammer earlier this year, Oli Sykes admitted himself to rehab due to his ketamine addiction. In the video below, he talks to us candidly about having two choices in life and being fed up of the expectations put on him. Ketamine was there to disconnect Sykes from the real world and at the time his ADHD was undiagnosed so he was “unbearable”.

However, as you can see below, Oli is in a much better place now he’s faced his demons head on: “I’m happy because I’ve accepted that I’m also sad.”

Bring Me The Horizon's Oli Sykes: 'I Didn't Care If I Lived Or Died.'