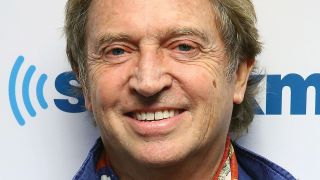 Although he rose to fame in the late 70s as one third of pop supergroup The Police, guitarist Andy Summers was a face in the London rock scene back in the 1960s. His career began mid-decade as a member of British R&B group Zoot Money’s Big Roll Band, which evolved into acid rock practitioners Dantalian’s Chariot. After three months working with The Soft Machine, Summers joined The Animals – known as Eric Burdon And The Animals at the time – recording one album, 1968’s Love Is. We caught up with the guitarist during a round of promo interviews for his new self-released album Metal Dog, an all-instrumental work described as being dark and cinematic.

You kicked off your career in the 1960s. Was that a better time for music?
It was a much healthier scene. There was an incredible vitality, everybody was playing, and it was a much more innocent and naive time. Everybody was just very enthusiastic to be very good. The electric guitar was really being born in the 60s with all the different guys. We were all doing it. Everybody got into it, and distortion came, and at the same time jazz was existing in London, great jazz clubs, R&B – it was all happening in a very healthy way.

So people weren’t concerned with the notion of genres?
That sort of thinking all came much later, I think. In the 60s, it felt much more raw, and it was all beginning. You sound old when you say this kind of shit, but it did seem like a much better time, to be honest.

What are your memories of playing with Hendrix, when he switched to bass while you played lead guitar?
Well, it was a weird little moment. But of course he came on the scene and had a huge impact. But I didn’t want to be Jimi Hendrix.

What about Eric Clapton, Jimmy Page and Jeff Beck? Were they your peers?
Yeah, I knew all of them. I used to hang out with Eric a lot. I knew Jimmy, we all knew one another. We were all playing in the same clubs at the time. That was where it all started, and of course now everyone’s famous. It’s amazing! [Laughs] No one was anywhere then. It was just a bunch of guys all playing at The Marquee and The Flamingo and The Scene. And we were all going round in circles, playing every night of the week. But it was great. Very open.

That didn’t stop you from dropping out and heading to America though – apparently because you had “not made it” at the time…
Well, I did, yeah. I was in The Animals and then was somewhat seduced by California and the whole scene, as most people would be.

You often place highly in polls of the greatest Fender Telecaster players, along with such iconic blues figures as Albert Collins and Muddy Waters…
I’m not a real Telecaster player. It’s a bit of a joke I got so associated with that guitar. My famous Telecaster guitar is a complete hybrid. Somebody had experimented with it, taken out the front pickup, put a Gibson pickup in, put in another sort of out-of-phase switch, added a booster… but the guitar had an incredible sound. I associate the Tele with kind of a different sound than Igotoutofit.

Legend has it that your Telecaster was given to you by Eric Clapton in exchange for a Les Paul.
No, it wasn’t given to me. I bought it off a kid in Los Angeles for 200 bucks. I thought pretty quickly, “This is a great guitar,” and I actually called the kid and said, “You sure you want to sell this? It’s a very good guitar.” And he said he did. So, I got it. And I don’t even know where I got the money from [chuckles].

You eventually joined The Police. Was it weird when you were lumped in with the punk crowd?
We were a fake punk band that obviously had incredible potential, and we realised it a few months later. We started off trying to stay alive to get a gig, which didn’t work very well. And of course we became what we became, as the world embraced it. It was an incredible, unique chemistry that we had.

How come you stopped singing after you quit The Police?
I got shot down for having the audacity to do that. The world has lost a great singer, but there you go [chuckles].

One bad review and you knocked it on the head?
I remember it clearly. It was People magazine, this piece of shit tabloid in the States. They said, “How dare he do this?” and I was so sensitive it completely put me off.

So the guitar is your voice?
Well, exactly. That’s where all the strength is. I can do anything on the guitar as well as anyone, and I don’t feel I need to prove anything because Iwanttobeapopstar.

Is it true that it was between Ron Wood and yourself to replace Mick Taylor in the Stones?
No, it wasn’t. I was sort of put out with the job, but it’s all bullshit. It just got talked about a lot, but I had to wait a while to join a much better band [laughs].

Metal Dog is out now via Flickering Shadow