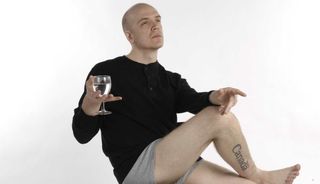 Canada has given us many things: maple syrup, moose, Bryan Adams… but perhaps due to their proximity to the US, the country’s metal scene rarely gets the recognition it deserves. What seems undeniable is that Canadian metal bands almost always take a fresh and inventive approach to making heavy music, and the following list amounts to a celebration of that unique perspective. Plus, these bands will all make you bang your head until you spew. So that’s nice.

Released six months before Metallica’s Kill ‘Em All, Ottawa speed metal pioneers Exciter may not have had the same impact as their Californian musical cousins, but it’s undeniable that albums like Heavy Metal Maniac and Violence And Force proved highly influential as the thrash scene began to take shape. Plus, they rip like absolute bastards and practically reek of leather, studs and spikes. Still active and still metal as hell, Exciter deserve serious props.

Although by no means the first Canadian death metal band to flip the brutal script, Beneath The Massacre’s insanely vicious robot-grind attack blew a lot of people’s heads off when they first emerged from the Montreal suburbs. The band’s 2007 debut album, Mechanics Of Dysfunction, still sounds terrifying nearly a decade later: it’s an object lesson in the power of ruthless technical proficiency and precision.

Widely regarded as one of the finest guitarists of the thrash era, Jeff Waters has steered his band through over 30 years of dogged devotion to the metal cause. The Ottawa band’s first two albums, Alice In Hell and Never Neverland, are stone cold classics, and their other 13 albums are all well worth checking out too. Other thrash bands have enjoyed much greater success, of course, but Annihilator are the connoisseur’s choice.

Better known today for the touching and hilarious Anvil! The Story Of Anvil rockumentary, Toronto’s finest played a huge part in kick-starting and influencing the entire speed and thrash metal scenes that erupted in the early ‘80s. Lars Ulrich, Scott Ian, Phil Anselmo… they’re all huge Anvil fans, and if you lend an ear to the trio’s classic 1983 album Forged In Fire, you’ll be a huge Anvil fan too. Unless you’re daft.

While everyone else was stumbling along behind the metalcore bandwagon, Cancer Bats were cheerfully kicking our heads in with massive, dirty riffs, several fucktons of rock’n’roll swagger and enough punk rock fury to power the National Grid. Five albums into their career, the Toronto terrors are firmly established as one of the most ludicrously entertaining live bands on the planet. And they have a cool name.

Say what you like about deathcore: Despised Icon wrote the book and did it better than everyone else. Currently enjoying a return to action with their brilliant new album Beast, the Montreal genre-mashers paved the way for countless great (and not so great) bands with early records like Consume Your Poison and The Healing Process, proving that Suffocation plus Hatebreed equals fucking awesome.

Initially a straight-up death metal band, Gorguts swiftly evolved from the monumental savagery of their early works into one of the most fearless and progressive bands in the entire metal world. 1998’s Obscura was at least a decade ahead of its time and is still being mercilessly ripped off by underground bands the world over. Laudably, the band’s most recent material is every bit as good (and even more demented).

Montreal’s most celebrated death metal band have been upping the ante for extreme metal for nearly 25 years, with a sound that takes the essence of brutality and feeds it through a kaleidoscope of chaos and insanity. Drummer Flo Mounier is nothing short of a death metal icon, and his stewardship of the Cryptopsy name has resulted in some of the genre’s most startling evolutionary steps. Plus, former singer Lord Worm used to eat actual worms onstage, so that’s a delightful bonus.

Okay, so it may be a common perception that DTP is more of a solo project than a proper band, but the reality is that Devin Townsend’s current vehicle is very much the real thing, as anyone that has seen them in the flesh will attest. Dev’s former band Strapping Young Lad were fantastic too, of course, but the DTP crew just edge it for the sheer diversity and dexterity of their seven albums to date. You’d have to be a total Poozer to disagree.

Not just one of the greatest Canadian bands of all time but one of metal’s few truly revolutionary outfits, Voivod began as a chaotic thrash band but rapidly developed into something special. Late, great guitarist Piggy was simply a genius: his angular riffs and refined mastery of dissonance and weirdness ensured that while thrash fans lapped up the likes of 1988’s seminal Dimension Hätross, fans of mind-bending prog and art rock came along for the ride too. And they’re still out there, sounding completely unique. Bravo, proud sons of Jonquiére!

The 10 best metal bands from Wales