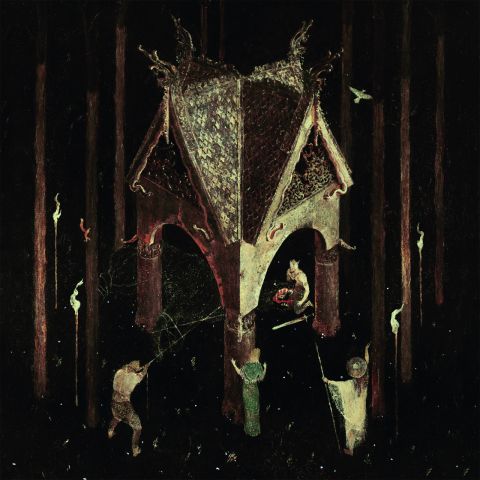 It almost seems as if Wolves In The Throne Room consciously escaped civilisation in order to not evolve into a tamed and dull version of themselves. Having withdrawn into the woods and mountains of Washington after the release of their 2011 album, Celestial Lineage, its 2014 ambient companion, Celestite, only emphasising their absence, it was starting to feel like they’d been gone forever. But with the ground laid by a few select live shows, they’ve returned with full force. Their sixth full-length is a celebration of the visceral and elemental, connecting with nature and the past through lyrics influenced by Norse mythology as well as through ambient recordings of crackling fire, raven’s wing beats and crushing waves. It all adds up to a dense and dynamic sound that is as ethereal as it is furious and shattering, especially with the addition of longtime touring guitarist Kody Keyworth as a full-time member. The Old Ones Are With Us, for instance, is a textbook example of a black metal song that has the ability to drag you to the ground and lift you into higher spheres at the same time. Listening to Thrice Woven, it’s hard to ignore the importance of the moments without blazing guitars, thunderous drums and Nathan Weaver’s bloodcurdling shrieks, though; be it the acoustic guitar intro of Born From The Serpent’s Eye or the grand harp dreaminess of interlude Mother Owl, Father Ocean – this is where the magic happens. Adding haunting contributions by Neurosis’s Steve von Till and Swedish funereal pop star Anna von Hausswolff proves that the blackgaze trio feel so secure about their vision that they have no worries about stepping back and turning the spotlight on someone else if that is what a song needs – and rightly so. It’s an absolute pleasure to have them back again.