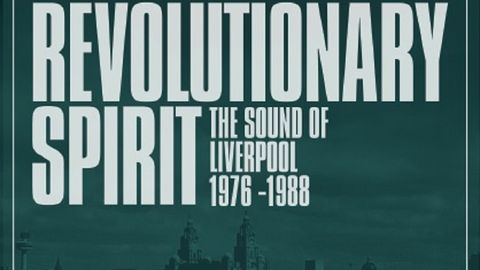 A companion set to the Manchester North Of England indie collection, Revolutionary Spirit: The Sound Of Liverpool 1976-1988 – as the name hints softly – collects 12 years of Liverpudlian indie variety. It’s astonishing sometimes to realise that all this music from both cities was so varied, so bizarre and, often, so defined by location. Both cities rejected the shouty punk of the South, but where Manchester (to generalise hugely) went industrial-dark then warehouse-funky, Liverpool – with its own too-hefty musical past to avoid – fell in love with 1960s psychedelia and a brilliant sense of wilful obtuseness.

With a scene revolving around club Eric’s that was so incestuous it would have repelled the Hapbsurgs, Liverpool was a sweaty cauldron of bands with 1960s-sounding names, absurd claims and brilliant singles. And even when the first wave of post-punk acts became stars, new bands such as Benny Profane, the Lotus Eaters and the as-influenced-as-influential La’s came along to keep the madness going.

This collection of tracks from bands with one, or two, great singles includes successful acts, no-hit wonders, future talent generators and glorious one-offs such as 194 Radio City by Jacqui And Jeanette. Almost everything is linked by insane song titles, sharp wit, deranged band names and, if we’re honest, the Northern surrealism that first informed The Beatles way back when. A brilliantly put-together collection from one of popular music’s most important cities.