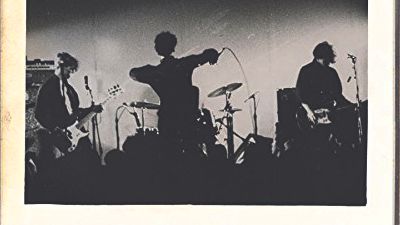 From 1983 to 1987, the U-Men were the kings of the Seattle underground. Their sludgy, twisted, hypnotic sound was akin to Melbourne’s Birthday Party and fellow American absurdists Butthole Surfers, but these north-western slime lizards had a malevolence and dark humour all their own.

As Mudhoney frontman Mark Arm writes in the sleeve-notes, “The U-Men are one of the best bands I’ve ever seen. They were hypnotic, frenetic, powerful and compelling… They ruled a bleak backwater landscape populated by maybe 200 people.”

Fanzine writer Bruce Pavitt released the U-Men’s first 12-inch EP on Bombshelter, and would have released their second on his fledgling Sub Pop label but was too broke. By the time their one album was released – 1988’s Step On A Bug – starvation and touring had done for bassist Jim Tillman, and the band, although still great, were never the same again.