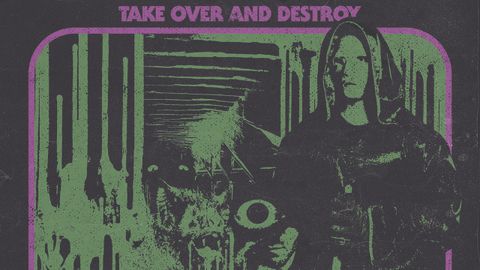 They may hail from Arizona but Take Over And Destroy clearly have one eye on the cooler climes of Sweden.

They describe themselves as a 70s rock’n’roll band trapped in a death metal band, and there’s definitely a touch of Entombed’s death’n’roll to be found on their third full-length, full of muscular, red-blooded riffing and sandpaper raw vocals, but with soulful guitar playing.

They’ve managed the art of mixing disparate genres seamlessly. Opener By Knife also manages to add a touch of the modern gothic Scandinavian sound of Ghost and In Solitude in places – sharing that same sense of brooding melody but without losing metallic firepower. Just as Every Time I Die and Maylene And The Sons Of Disaster did with 70s rock and metalcore, so TOAD do it, but with a death metal twang. Purists may be aghast but this death’n’roll definitely rocks.