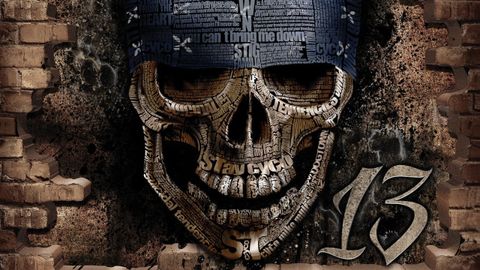 There’s no messing about with Suicidal Tendencies. You either join them, strap yourself in and prepare to go from nought to 60 in the blink of an eye, or you’re left behind, spluttering in the dust they kick up.

So it remains with 13, named because it’s their first studio release since 2000’s Free Your Soul… And Save My Mind. Mike Muir’s mob kick off irresistible groove anthem Shake It Out with a howling guitar solo that laughs in the face of subtlety, and lyrics that shamelessly celebrate their own return.

That magic mix of punk, thrash and funk has been kept warm in the cauldron during the wilderness years, and on 13 it comes bubbling over on a wave of their own enthusiasm. It may not be the most important return of the year, but 13 serves as a reminder that Muir is a leader in the field of party starting.