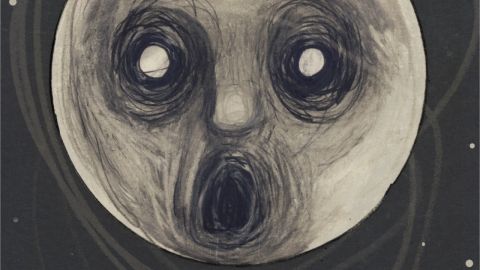 The British prog lord’s third record under his own name is, quite appropriately, something rather extraordinary. The Raven... consists of six tales of the supernatural, each strikingly different in tone but with a strong narrative thread to the music, all the while becoming almost imperceptibly darker and more miserable as the record progresses.

While Luminol opens with what seem quite upbeat bass-led grooves, the textures grow increasingly frantic, the gentle dissonance adding a twisted edge. And as this dark character comes across ever more, the power it possesses steadily increases. By the time the record hits its halfway point, with the despondency that closes the sublime The Holy Drinker, you would be forgiven for hiding behind the sofa with tears in your eyes.

But it’s the sublime closing pairing that ensures your emotions will have been thoroughly worked over. While initially seeming wistful, The Watchmaker turns into bitter spite (‘I never really loved you but I’ll miss you anyway/You were just meant to be temporary while I waited for gold’) that opens you up for the heartrending title track, a lament for a lost sister full of tragic longing. The Raven That Refused To Sing is, aptly, magic.