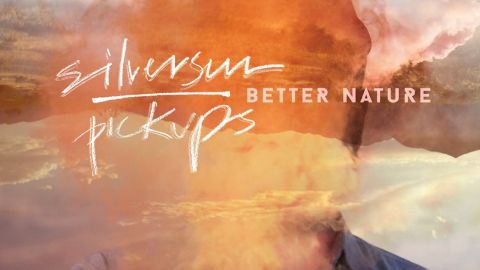 Is there a sound more evocative of night drives down Sunset Strip in the summer than 80s synth rock? It’s Less Than Zero, it’s Swingers, it’s Silversun Pickups rolling up their blazer sleeves, plumping their shoulderpads and cruising out of Silver Lake, LA with a fourth album that buzzes like pink neon and rolls like convertible wheels on steaming tarmac.

For a record wading deeper into electronica than the Pickups have ventured before, it’s surprisingly anti-tech in parts. Connection decries the millennials losing the human touch by being ‘plugged into the new machines, laser focussed on the screens’ while Pins And Needles finds itself wrapped up in ‘trends and heydays’ with ‘friends and strangers… of steamy nature coming on strong, but sooner or later a curtain calls on misbehaviour’. Rock’s first Tinder warning anthem? Maybe, but SP’s synth pop side is a firm swipe right.