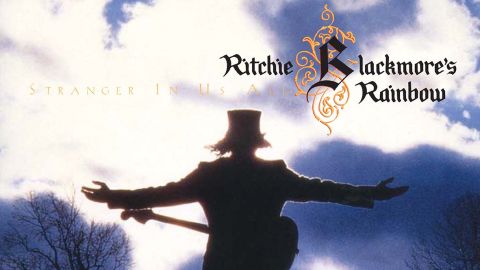 Rainbow’s unloved final album (of eight) was released in 1995, fully 12 years after the seventh following Ritchie Blackmore’s nine loveless years married to the re-formed Deep Purple. It failed to chart Stateside, and only reached 102 in the UK. The trouble was that if Rainbow were to re-form, hardcore fans wanted Ronnie James Dio as the singer. No one cared about a line-up of unknowns fronted by Doogie White.

Today, though, White sounds like the next best thing. While at times (Too Late For Tears and Black Masquerade) he seems to be channeling Rainbow’s 1980s singer Joe Lynn Turner… mostly he sings very much like Dio.