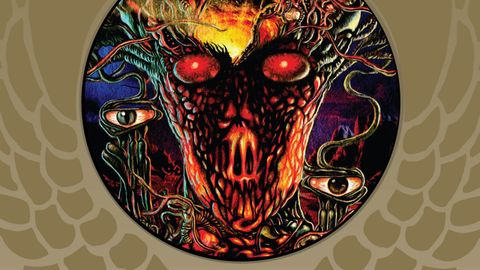 Everyone who knows these Boston death thrashers knows they can play. If they’ve showcased anything over the course of seven years, it’s their chops – sometimes to a fault. Admit it, ye olde Revocation fans without degrees in music theory: sometimes you’ve listened with thoughts like, “Wow, this solo would rule if it wasn’t so excessively long!” and/or, “That riff from four minutes ago killed. I wonder if they’ll ever get back to it?”

On album number four, guitarist/vocalist David Davidson – isn’t that a name just destined for stardom? – and his charges appear to have made it a mission to illustrate songwriting acumen alongside their obvious playing ability. In fact, they go as far to hoard the divergent skittishness and Song-With-A-Million-Riffs into the instrumental Spastic.

Outside of that, in The Hive, Fracked and Invidious (especially so, considering a banjo introduces the main riff) Revocation highlights growth via restraint. The riffs are just as finger-twisting and mindfucking, but they’re also recognisable and chipped away at more by traditional songwriting values like coherence, structure, linearity, impact and catchiness.