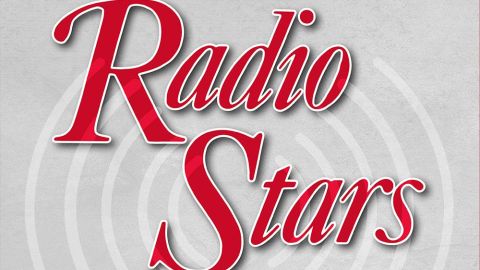 With roots in ultra-violent flower power mods John’s Children, peroxide singer Andy Ellison led Jet, grasping the fading coat-tails of glam, before finding himself in the thick of punk rock when the band signed to Chiswick and morphed into Radio Stars.

Accelerating tempos and shortening song lengths to power-pop punk, the band scored an independent hit with self-satisfied wank anthem Dirty Pictures. As punk ignited, Radio Stars seemed like an enthusiastic showbiz throwback, unashamedly nicking stagecraft from UFO, parading Page Three models and playing London’s streets from the back of a lorry, Ellison even getting himself arrested after leaping astride a police van.

Radio Stars performed No Russians In Russia on Marc Bolan’s TV show (Bolan was Ellison’s old John’s Children mucker), and looked like grabbing the Eddie and the Hot Rods market when their debut album, Songs for Swinging Lovers, appeared that November. It brandished insensitive howl-alongs such as The Beast Of Barnsley and Arthur Is Dead Boring (Let’s Rot), their sensation-seeking ode to the recently departed Elvis.

Despite its cover version of The Beatles’ Norwegian Wood, September 1978’s The Holiday Album was touted as a sophisticated progression, but internal frictions were sending Radio Stars to an early grave.

According to Dave Thompson’s band-assisted liner notes, there have since been reunions, while the ever-opportunistic Ellison now leads a Finnish line-up of John’s Children.

Clad in a nice box, this nostalgically quaint four-disc set presents Radio Stars’ two albums, plus singles, rarities (including 2016’s unreleased The Beast Of Ankara), their three Peel sessions and an In Concert appearance.