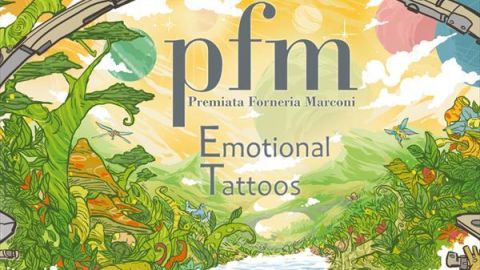 After a couple of contrived albums that suggested the band’s impetus was waning, Italian prog legends PFM have gone back to their 70s heyday for Emotional Tattoos, and have regaining much of their vigour in the process.

With two members from that halcyon era still in the line-up, the band have homed in on the late 70s with an emphasis on melodic rock, complete with Mellotron and synthesiser sounds that will get an appreciative nod from loyal fans.

The album even follows the traditional template of the decade, with a grand opening followed by a steady portentous ballad with a suitably atmospheric instrumental section. Anyone wondering if there might be more tricks in the tail should check it out.