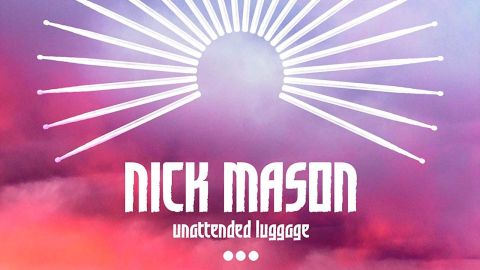 The only member of Pink Floyd to appear on every single one of their albums, Nick Mason was an unobtrusive presence. By his own admission he was some way from being one of the Great British Drummers in an era that specialised in them, but he provided a solid reliability between the grandiose visions of Roger Waters and the finely wrought guitar of David Gilmour. He also kept a watching brief over the band and came up with a steady supply of inspired ideas that enhanced their keening edge, such as the tuned Rototoms that add to the suspense at the beginning of Time on Dark Side Of The Moon.

Mason’s solo career has been even less obtrusive. As in, who knew? Well, now you do, thanks to this three-album box set. The first, Fictitious Sports, was released in 1981 at a time when Floyd and also Mason’s first marriage were falling apart. There may well have been an element of escapism about it. You will certainly struggle to find any Floyd connections, due to all the tracks being written by his jazz pianist friend Carla Bley and sung by former Soft Machine drummer/vocalist Robert Wyatt, whose 1974 album Rock Bottom was produced by Mason. The combination of Bley’s free/progressive jazz and Wyatt’s studious, emotionless vocals offers little light relief, although there are some humorous lyrics that deserve better attention. Mason’s drumming, though, includes more flair than he was allowed in his day job.

Fast forward four years and Mason’s new best friend is 10cc guitarist Rick Fenn. Profiles has a more recognisably Floyd feel to it, not just because Gilmour sings the most commercial song, Lie For A Lie, but also because Fenn enjoys playing around with that feel in his own style. It’s a bit 80s, however.

The third album in the box is White Of The Eye, a soundtrack to the ’87 spy thriller and on which the Rototoms reappear to heighten the senses on the opening theme, and Fenn indulges his Axis: Bold As Love fantasies before settling into a batch of Ry Cooder-ish sketches. The glib sign-off for Unattended Baggage should be “one for completists”, but that’s not strictly true. There were three more soundtrack collaborations between Mason and Fenn. Good luck tracking them down.