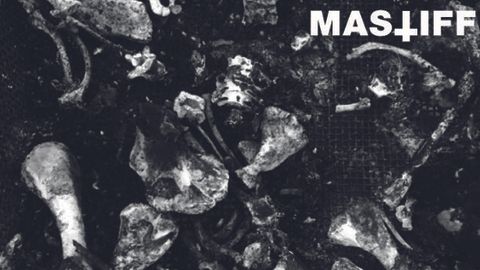 Hailing from Hull, Mastiffare just as fond of bottom-of- the-bottle misery and as they are drinks-on-the-landlord conviviality. Describing themselves as “a miserable band from a miserable town” cherishing “volume over talent”, and having songs like Full On Skullet and Slow Motion Death Roll in their discography are a few examples of their sly, curmudgeonly grumpiness. The total absence of good times and cheer continue on Bork, a mini-album that drenches scuzzy guitar tones in bongwater and embraces despondency from both America’s south and the UK’s grey, grim north. Mastiff’s edge comes with their refusal to stick to the same tar-like tempos so many stoner/ sludge bands adhere to. When the pace is picked up during Nil By Mouth and the mid-section of Everything Equals Death, it truly feels like you’re being bowled over by a force of nature, not being slow-burned to a crisp.