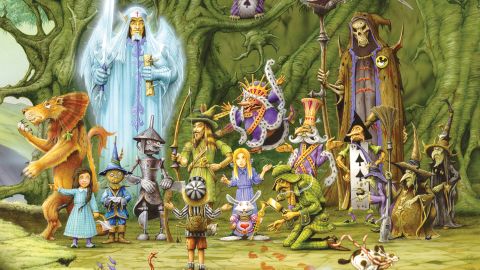 You have to admire the relentless perseverance of Tony Clarkin and Bob Catlin, the creative core of Magnum who, as they strut proudly into their seventies, are still keeping their Tolkienesque sleeve designer busy at a rate of more than one album every other year, and touring with a tenacity that would exhaust many men half their age. The quantity isn’t watering down the quality, either. Yes, these 11 songs could have been released in 1987 as easily as in 2017, but who cares, when Peaches And Cream has a chorus so instant it’s an ear worm before it’s even finished, and the Smoke On The Water-style riff of Storm Baby is impossible to resist.