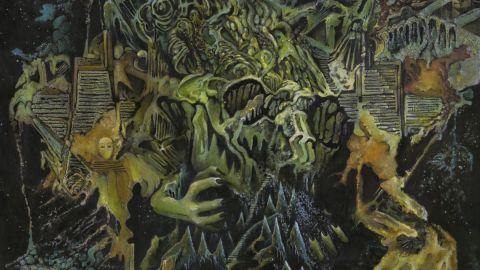 For their work rate alone, these Aussies deserve respect. Their tenth album in five years is a concept album about nothing less than “the downfall of man and the death of the planet”.

It’s as exhausting as it sounds. Split into three sections (Tale Of The Altered Beast, The Lord Of Lightning Vs. Balrog and Han-Tyumi And The Murder Of The Universe), it’s an uninterrupted fifty minutes that veers between full-tilt freakbeat (Altered Beast 1), funereal drones (The Reticent Raconteur) and death-metal thrashes (Digital Black). It’s all narrated by a female cyborg, spouting lines like: ‘I bringeth forth the drama, unabridged and unignored.’

Apologists will see it as a paranoic update of the doom-rock blueprint laid down by King Crimson and Amon Düül. Anyone else will be reaching for the paracetamol.