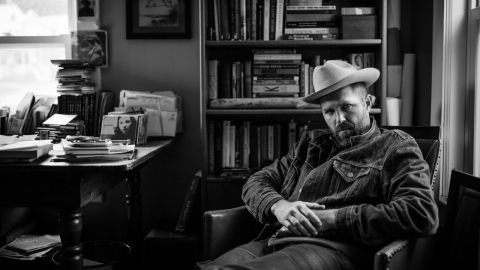 With this fifth original album and several other collections already under his belt, Jeffrey Foucault has been quietly forging his brand of desolate blues to steadily increasing acclaim.

Recorded live in just three days, Salt As Wolves partners the Wisconsin native with former Morphine drummer Billy Conway and producer/guitarist Bo Ramsey, and they create a spare and existential country-blues between them. If the easy grace of Des Moines and uptempo rocker Left This Town allow Foucault to cut loose, his weathered voice and sparse guitar lines lend themselves especially well to material of a darker hue. A brooding cynicism underpins Jesus Will Fix It For You, while the stark confessional of Oh Mama has the singer attempting to make peace with ghosts of the past. With sublime use of restraint and space, there’s something of the wilderness about Foucault’s records. Buy them.