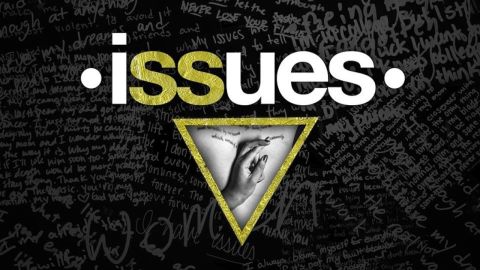 This lot will split opinion like nobody’s business. Your ability to get onboard with Issues will depend almost entirely on how you feel about Tyler Carter’s r’n’b-influenced singing style, which owes more to Justin Timberlake and Rihanna than it does Judas Priest or Ringworm.

He is backed by a band who have clearly grown up on nu metal, with fizzing turntable scratches and wheeling synth loops bedding in alongside yoyoing riffs and second singer Michael Bohn’s hardcore roar. The overall effect is startling and, at times, a little disorientating.

Tracks like The Settlement turn on a sixpence at headspinning pace from guts-out anger to the sort of hook that Chris Brown would kill for. At its best their eclectic approach to pop metal yields some fine results, but you fancy there is a way to go before they hone their formula into something with real coherence.

If your iPod has as many chart acts on it as it does full-blooded metal bands, this could be for you. Purists – run to the hills.