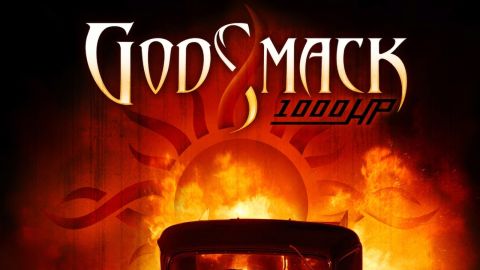 It’s funny how the press release that accompanies Godsmack’s sixth record only seems to include statistics on their popularity in the US.

On home turf, they are chart-topping, Grammy-nominated, platinum-selling kings of the arena, but for the rest of the world… not so much. A quick glance at their touring schedule says it all: they’ve played two shows outside of the US and Canada in the past decade. Yikes. Yet here they are, almost 20 years later, still peddling the kind of riffs that Alice In Chains would be embarrassed to have influenced and dumbing them down to the point that makes Five Finger Death Punch sound like Meshuggah. ‘Turn that shit up louder,’ affirms frontman Sully Erna over the chorus of the opening title track. We’ll keep the volume dial right where it is, ta. Something Different is anything but – except for the fact it sounds like a bad Alter Bridge song after Green Day rewrote the lyrics. And it only gets worse. Frankly, if you’re after 50 minutes of radio rock at its very blandest, look no further.