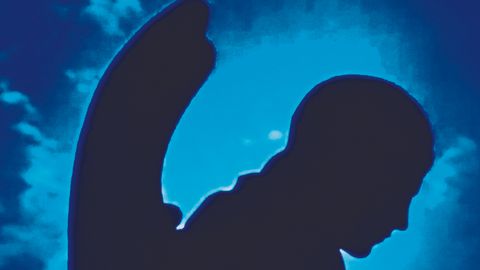 A founding member of Napalm Death, Justin Broadrick helped define grind before making a landmark statement in industrial metal with Godflesh’s 1989 album Streetcleaner, later having the same effect on post-metal with Jesu. Having resurrected Godflesh with 2014’s A World Lit Only By Fire, Justin and bassist/programmer G.C. Green have returned with an album that strips away the metallic grooves to reveal an underpinning of early industrial and post-punk experimentation. Minimalism dominates: the consternation of Parasite, the primitive pulse of No Body’s disconcerting crackle focusing on a mechanically repressed stomp. Jesu-like melancholy permeates the fuzz on the pulsating The Cyclic End, layering emotion over often frustratingly restrictive primitivism, holding your enjoyment at bay. Given the inwardly analytical title, deconstruction seems the point, Justin’s days of genre-definition behind him, as his singular approach turns inward to tear itself apart.